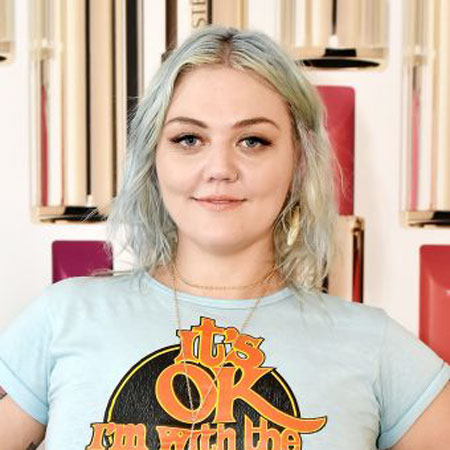 Gravel-voiced three-time Grammy-nominated singer Elle King gained immense popularity after releasing her debut single Ex’s & Oh’s. The single was nominated for two Grammy Awards in 2016 and her debut album Love Stuff was certified Gold. At the age of 13, King started playing guitar. She wanted to be a musician when she was just nine after her stepfather Justin Tesa gave her a record by The Donnas.

King is married to musician Andrew Ferguson for a couple of years. The couple doesn’t have any child.

Born on 3rd July 1989, in Los Angeles, the singer Elle King is the daughter of comedian Rob Schneider and actress London King. Sadly, her parents divorced and her mother remarried Justin Tesa at the age of nine. Around this time, she used to listen to The Runways and Blondie.

While still young, King made acting debut appearing along with father in the film Deuce Bigalow: Male Gigolo. She began playing guitar when she was 13. She became passionate in the music of Otis Redding, the Yeah Yeah Yeahs, Aretha Franklin, Etta James, Al Green, Hank Williams, Johnny Cash, and AC/DC.

When King was a teenager, she attended Buck’s Rock camp in Connecticut and appeared in numerous musicals. She spent her early childhood days growing up in different places southern Ohio and New York City. She also lived in Lam, Copenhagen, Denmark, and Philadelphia.

King has done her schooling from the Elisabeth Irwin High School. She later went on to study painting and film at University of the Arts. During her college years, she experienced a revelation when she saw a band playing banjo as an instrument. Later she started using the banjo as a compositional tool. She belongs to American nationality and ethnicity wise, she is White American.

At the age of 16, Elle King started playing gigs around New York City using fake ID cards, to gain access to local nightclubs. After RCA Chairman Peter Edge signed her, the singer released her debut single titled Good To Be A Man as a digital download, on March 13, 2012.

The same year in June, King released her EP The Elle King EP on RCA which was recorded in NY and was produced by Andy Baldwin and Chris DeStefano. She also made her TV debut appearing on VH1 Big Morning Live and the Late Show with David Letterman.

King released her next single Ex’s & Oh’s, in September 2014. The song went viral on the internet and became her first top 10 single in the US, peaking at #10 on the Billboard Hot 100. It also received two nominations at the 58th Grammy Awards: Best Rock Performance and Best Rock Song.

King released her debut album Love Stuff, on February 17, 2015. She collaborated with country singer Dierks Bentley for the song Different for Girls to perform at the 50th CMA Awards on November 2, 2016.

According to the Celebrity Net Worth, King has an estimated net worth around $4 million. She also gets royalties from YouTube Channel ElleKingVEVO which she has been running since January 23, 2012. She earns an average of $4.7K-$75.3K annually. 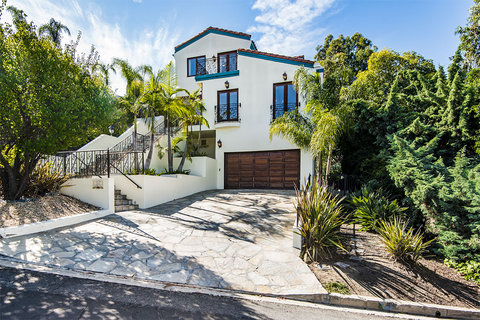 King released her debut single Ex’s & Oh’s on September 3, 2014. The song became a huge hit throughout the world and was nominated for two Grammy Awards in 2016.

Elle King is married to American journalist Andrew Ferguson, since 2016. The couple started dating in January 2016.

The couple engaged on a sailing trip around San Francisco Bay in February and on 14th, Valentine's Day they got married. The singer announced their marriage through her Instagram. After a year as husband and wife, they shared their intent to get divorced on May 15, 2017. However, they worked things out and decided to start fresh, started seeing each other by the end of 2017. She marked the happy occasion by posting a number of emotional pictures of her and Andrew on her Instagram. 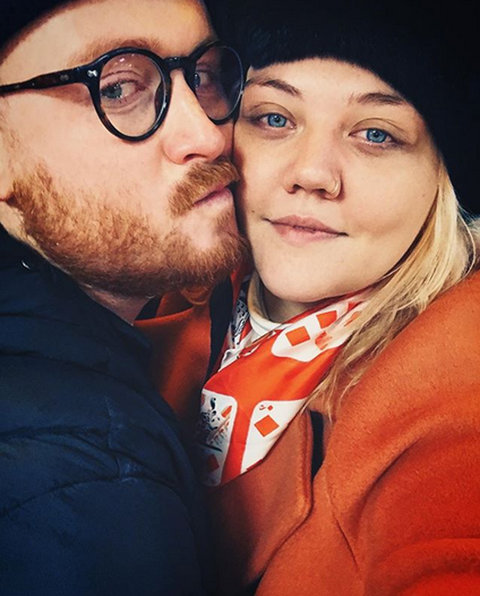 CAPTION: Elle King and her Husband Andrew came back together. SOURCE: People

“My soul aches. I am lost. He is the greatest love of my life. He is my best friend. As we separate, and attempt to find our footing through life, all I can hope for us is that we both find happiness within ourselves. I love you. You'll always have my heart. You'll always be my first husband”

King currently resides in Bushwick, Brooklyn along with her husband Andrew.

King is tattoo enthusiast and has a number of tattoos on her body. She previously worked at a tattoo company East Side Ink. She also enjoys playing the guitar and banjo too.

In an interview with ANDPOP, King revealed her rebellious teenage years.