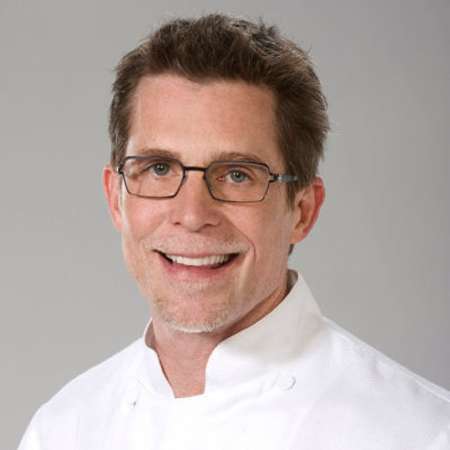 Rick Bayless is a chef who is best known for his Mexican cuisine. He is widely appreciated for his PBS series named Mexico: One Plate at a Time. He started his professional career in 1980, as the executive chef at Lopez y Gonzalez, in Cleveland Height, Ohio.

In 2005, Bayless competed on Iron Chef America and lost by one point to Iron Chef Bobby Flay on what was the first broadcast episode of season 1, with American bison meat as the secret ingredient.

Rick Bayless was born to a family of grocers and restaurateurs on the 23rd of November, 1953. He has had his career, and bio searched widely by his fans due to his successful restaurant empire. He belongs to American nationality and his ethnicity is White.

Rick was born in Oklahoma City, Oklahoma, and was interested and inspired into the field of the restaurant since a very small age. His brother, Skip Bayless is a sports television personality. Rick was trained in culinary training as a youth, and he broadened his interests into Mexican cooking.

Get to know about the other chef like Mario Batali and Eddie Huang.

Rick’s professional career started after he began hosting the 26 part PBS television series named Cooking Mexican. He then dedicated a lot of years to researching culinary history and talents and published his book about Mexican cuisine.

Bayless has since been hosting the PBS television series named Mexico: One Plate at a Time in PBS television which has been running for its 8th season. Rick has also previously been the executive chef of Lopezy Gonzalez in Ohio and is also the owner of Frontera Grill restuarant with his wife, Deann.

Bayless has his own style of cooking and you can find his recipes on Appitizers & Snacks, Drinks, Tacos & Tostadas, Entrees, Desserts, tomatillo salsa, and tortilla soup on his website.

His empire has since built up and has become widely popular amongst food lovers and critics around the world. Rick also works as a restaurant consultant and teaches authentic Mexican cooking in the USA.

He has also authored several cookbooks which have been hugely popular and have made his popularity rise even more. Top Chef has also starred him as the guest judge, and he has had a string of awards and accolades.

Some of the cookbooks written by him includes Mexican Everyday, Salsas That Cook, and Fiesta at Rick's with some others on the list.

Rick Bayless' net worth is $30 million at present. He has earned a huge amount of salary from his career.

He owns a house in Chicago. But the financial details of the house are yet to be revealed. He also co-wrote the book called Mexico: One Plate at a Time which is priced at $32.45 at Hardcover on Amazon.

Rick Bayless is a married man. He has been married to Deann Bayless. He has a daughter named Lane Ann Bayless with his wife. He married his wife in 1979, and the couple has been getting along pretty well with each other.

His daughter too is portrayed at times on his show on several occasions and is following the footsteps of her father. Apart from being with Deanne, Rick has had no extra affair to date. He seems to be honest and devoted to his wife and his previous relationship history too is not much talked about.

He has never been assumed to be dating anybody of his same-sex and seems to be straight. He is living off pretty well with his wife and daughter now and appears to be doing well in his professional life too.