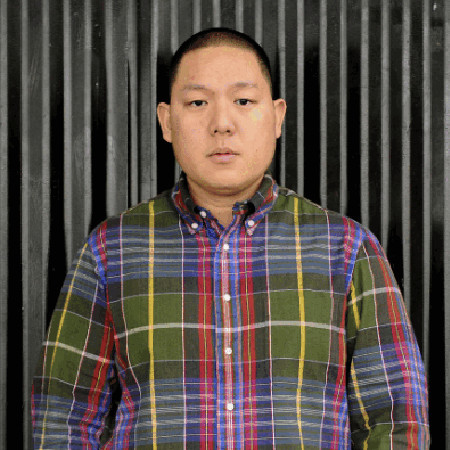 Eddie Huang is a versatile personality of American nationality who is best known for being the owner of the Baozi restaurant in the East Village of Manhattan. He is a restaurateur, food personality, chef, writer, attorney and a celebrity liked by many.

Huang, initially, started his career as an attorney and later built his career in several fields.

Eddie Huang was born Edwyn Charles Huang to Louis Huang and Jessica Huang on 1st of March, 1982 in Washington D.C. His birth sign is Pisces. His Taiwanese immigrant parents raised him with his siblings, Evan Huang and Emery Huang in Silver Spring, Maryland.

Before his birth, his parents moved to Orlando, Florida and ran steakhouse and seafood restaurant. Huang was into hip-hop at a young age and got into several fights thus leading to being arrested.

In 2004, Huang earned a B.A. degree in English and Film from Rollins College. While studying in the college, he won the Barbara Lawrence Alfond English Awards and Zora Neale Hurston Award. He was also a sports and humor editor for the college paper.

Huang then joined the University of Pittsburgh. In 2008, he received a J.D. (Juris Doctor degree) from the Cardozo School of Law at Yeshiva University.

At the initial phase of his career, Huang worked as President of the Minority Law at the Innocence Project and later won a New York City BarAssociation Minority Fellowship.

Eddie Huang started his career as a lawyer working in corporate law at Chadbourne & Parke in New York City. Huang also worked as a Summer Associate on 2006 and 2007 and then started doing stand-up comedy.

After the financial crisis of 2007-08, he started working as a stand-up comedian and marijuana dealer.

Huang worked as a clothing designer and ran a company called Hoodman clothing which is initially called, Bergdorf Hoodman from 2006-2009. He along with graphic designer Ning Juang used to create clothing designs for his company.

He opened his first restaurant BaoHaus in 2009 and then another named Xiao Ye. He has been the owner of the Baozi restaurant for the past many years and is notably known for the success of the cooking fraternity.

In 2013, Huang was named to the show 13 list of influential people in food due to his endeavors in the restaurant business.

Huang created a blog, Fresh Off the Boat and later published a book with the same name. His book received positive reviews from several publications. Later, his book became one of the best selling books in the US.

Besides, he also hosted several shows including Cheap Bites on Cooking Channel.

The net worth of the extremely talented personality, Eddie Huang has estimated to be $2 million. He has managed to amalgamate this amount of net worth from his multiple profession.

As per some sources, Huang earns $41k monthly and $500k yearly.  He makes a decent amount from his books:

The versatile and talented personality, Eddie Huang is not married yet. As per some sources, Huang is close with Elle.com's Beauty Director Julie Schott in the recent days. Huang captioned a picture with Schott,

The couple, however, has not spoken any words regarding their relationship. Prior to this, he was engaged with her girlfriend, Dena. The couple was about to start their married life but called -off for some undisclosed reasons.

In 2017, Eddie Huang opens up about his experience of sexual assault. He was assaulted at the age of 14 by the church chaperone. During the time, he was invited on a ski trip by his friend with his church. Even if he does not belong to the religion, he decided to join his friend.

As per him, the chaperone came out naked in front of him and his friends. At the time, he was really frightened and humiliated. He wanted to fight but teh chaperon was three sized bigger than him.

Huang was involved in controversies with the police as well as with the African and the black race. In 2015, he made a comment about a black woman during an interview on Real Time With Bill Maher where he says,

''I feel like Asian men have been emasculated so much in America that we're basically treated like Black women.''