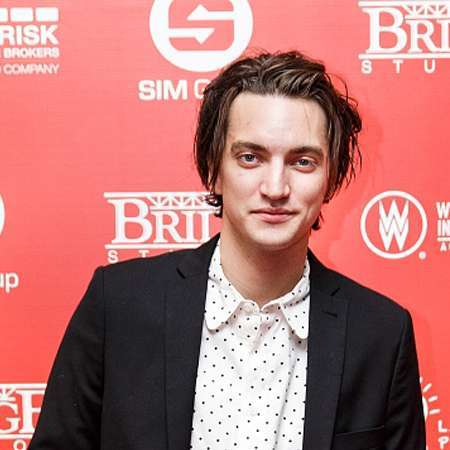 Richard Harmon is a talented personality. He is an actor,  known for acting as Julian Randol in Continuum and as Jasper in The Killing. He is also known for his signature roles as John Murphy in CW's The 100. He is also known for his roles as Jasper Ames in The Killing and Julian Randol on Continuum. He has appeared in the movies such as School of Life, Painkiller Jane, Dear Mr. Gacy, and Judas Kiss.

With influence in the TV career from family, Richard, at the age of 10, made his on-screen debut through the TV series Jeremiah. Indeed his promising acting rose him up to career height within a course of a decade.

In his early career days, along with TV films appearances in School of Life as Timmy, Painkiller Jane as Squeak, and To Be Fat Like Me as Kyle, Harmon appeared as guest cast in TV series: Da Vinci’s City Hall, Flash Gordon, Aliens in America, Smallville and Caprica, throughout the 2000s.

From 2009 to 2010, he played Prototype in the mini-series Riese (7 episodes) alongside Christine Chatelain, Patrick Gilmore & Amanda Tapping, before working in the 2010 commercial hit film Percy Jackson & the Olympians: The Lightning Thief. The movie starring Logan Lerman, Brandon T. Jackson & Alexandra Daddario made $226.4 million at the box office.

From 2014 to 2020, Harmon portrayed a recurring-turned-main cast, John Murphy, in the TV series The 100 starring Eliza Taylor, Bob Morley, Marie Avgeropoulos, among others. Having worked in CSI: Crime Scene Investigation, Intruders, and Van Helsing, the Canadian actor was cast in films: Crypto (2018), I Still See You (2018), and Darkness Falls (2020).

Richard Harmon's Net Worth And Salary

Professional since 2002, Harmon records 62 acting credits within a career span of nearly 2 decades. Thanks to his acting career, Richard Harmon has $3 million net worth in 2021 according to Celebrity Net Worth. Notably, he worked in the TV series Continuum and The 100, which allegedly earned him a hefty payroll in the 5-digit figure per episode.

Moreover, he has appeared in movies such as I Still See You, Crypto, The Age of Adaline, Grave Encounters 2, Girl in Progress, and Judas Kiss.

Who Is Richard Harmon Dating?

An avid Instagram user, Harmon is not shy to share updates of his love life with fans. Despite being in the hype with on-screen chemistry with his The 100 co-star Luisa d’Oliveira (who played Emori), Richard's girlfriend in real life is Rhiannon Fish, a Canadian-American actress, who also happens to be a cast in The 100.

As reported, the duo is dating since 2016 after they met on the set of sci-fi mystery TV series. Yet, they are to announce engagement and plans for marriage. They don't have children together either.

Often Richard shares adorable pictures with his girlfriend Rhiannon Fish on his Instagram (@richardsharmon) with over 1 million followers. His beau Fish is quite popular on Instagram (@rhiannonmfish) as well; has over 314K followers.

Prior to Rhiannon, Harmon is not reported to have any girlfriend or a wife. No substantial report on his past relationship is out.