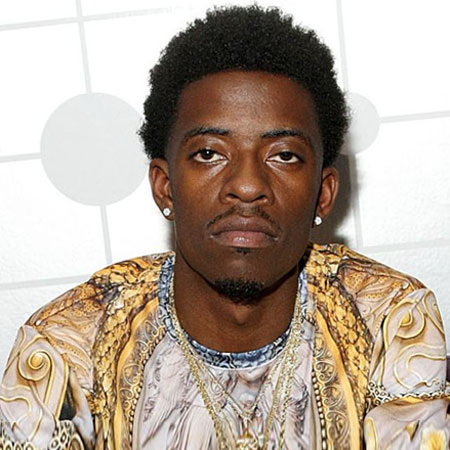 Rich Homie Quan was born on October 4, 1989, in Atlanta, Georgia. Homie was quite interested in poetry since his school life. He was interested in reading too, whereas literature is his favorite subject.

Rapping was not his first career, at first Homie wanted to become a baseball player. Homie played baseball for four years where he attended his high school named Ronald McNair Sr. High School.

Homie got a lot of aspirations to play professionally from his high school, as a center fielder and leadoff hitter.

However, Quan decided to get focused on rapping and began his new career. Later Quan got a job nearby airport, when he lost his job, Rich Homie Quan got involved in illegal activities which included robbery, stealing which led him to 15 months in prison for burglary

Rich Homie Quan's first song was 'The Difference' single from his 2012 mixtape  Still Going On. Quan Toured with Trinidad James in 2013, he also featured on Gucci Mane's 2013 album Trap House III on the songs I Heard, Can't Trust Her and Chasin Paper featuring young thug.

Quan's song peaked at number 50 on the US Billboard Hot 100. Quan's album Still Going In would be named the tenth best mixtape of  2013 by Rolling Stones.

Quan was also featured on the song ' My Nigga" by YG where Young Jeezy also featured which picked at the 19th number on the Hot 100. He was even featured in a song Ghetto by August Alsina and made a guest appearance on album EP alongside Chris Brown, Lloyd and Trinidad James by Jacquees.

Additionally, Homie was featured on '2 Chainz' second studio album named B.O.A.T.S. II: Me Time, on the song 'Extra'. Quan completed 30% of his debut album by the time of 2013. Quan was named to the 2014 XXL freshman class.

Later on May 6, 2014, Rich Homie Quan went home to Atlanta to shoot the video for his single 'Walk Thru' with LA rapper Problem. Later it was that he had two 'seizures' falling and 'cracking his head' on set.

Rich Homie Quan, who turned into millionaire after the release of his first mixtape had the net worth estimated to be $ 1 million. Currently, in 2019, Quan's estimated net worth is up to $ 3.5 million.

The singer had an affair with his longtime girlfriend, Amber Rose. He was also in a relationship with his ex-girlfriend Jhonni Blaze. When the topic first went viral, Quan denied the rumors, but later it was confirmed that Jhonni Blaze and Rich Homie Quan had been dating.

Homie was even rumored to be a gay, however, he denied and told that the news is false.