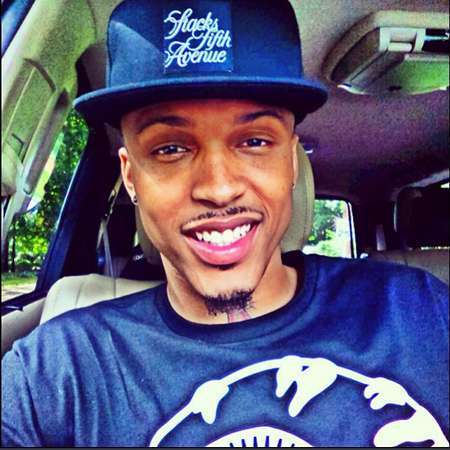 August Anthony Alsina, Jr. known by his stage name August Alsina is an American singer, songwriter, and record producer. He is best recognized for his single, I Luv This Shit. He has released a number of mixtapes including his debut in 2011 called Untitled and 2013's The Product 2.

August Alsina was born August Anthony Alsina Jr. on September 3, 1992, in New Orleans, US, under the birth sign Virgo. His mother is Sheila Alsina and his father is August Alsina Sr.

At the age of 14, he lost his father due to drug abuse. His childhood was rough and jeopardy because his life was intertwined with drugs. Alsina has three brothers Melvin La'Branch III, Travis Labranche, and Jamal Labranche.

One of his brothers, Melvin was shot dead on August 31, 2010. Ethnically August Alsina is an African-American and his nationality is American.

Alsina studied his middle school in New Orleans and relocated to Houston, Texas. He was inspired to singing after watching 'Sister Act 2' He first uploaded his video to YouTube covering the song of Lyfe Jenning's 'Hypothetically' at the age of 14 in 2007.

Alsina first launched his mixtape The Product in April 2012. Despite the fact that he released his acoustic mixtape 'Untitled' in October 2011.

Later, Alsina premiered his single I Luv This Shit featuring Trinidad in January 2013. Followed by his May 2013's mixtape Product 2 His songs, music, and lyrics were praised by many music critics, creating a chance to sign in to Def Jam Recording.

Alsina released Make It Home featuring Jeezy. Along with the release, it was unveiled that the album would be titled Testimony, the album includes Kissin on my tattoos and No Love (remix) featuring Nicki Minaj totaling six songs. It was released on April 15, 2014.

On December 11, 2015, Alsina published the album, This Thing Called Life. It made it to number 14 on the Billboard 200. The album included five singles; Hip Hop, Why I Do It featuring Lil Wayne, Song Cry, Been Around the World featuring Chris Brown, and Dreamer.

August Alsina's Net Worth And Earnings

As of 2018, August Alsina's net worth is estimated to be around $ 4 million, as per celebrity net worth, in 2019. His significant source of earning is his professional recording and singing career. Being focused on his music, he makes money mostly through it, with his albums sales and live performances.

Moving on to his personal life August Alsina faced many difficulties in his life, unlike his career. His father and stepfather were the victims of cocaine addiction. Forcing his mother, Sheila to move to Houston in pursuit of a fresh start, after the Katrina Hurricane. August is not married yet.

Alsina stayed with his mother, but however, he was kicked out of the house by his mother due to some arguments. Tensions mounted and he was merely 16 years old. He returned to New Orleans.

Alsina joined high school and trying to get his life back on track. But without a proper living situation or money in his pocket, he turned to the very streets that had led his family so much grief. He smuggles drugs as a means of staying alive. Most of the nights, he would sleep in the corner store and footpath.

Alsina had no one to turn to for help, as his older brother Mel was hustling in the streets and tragically gunned down. It became another unsolved murder in one of America’s most violent cities.

The first public relationship of August Alsina was with model Analicia Chaves in April of 2014. They dated only for 2 months and ended their relationship in June of 2014. He was also rumored dating another glamour model Kayla.

Alsina has been in a relationship with Miracle Watts since 2015. It has been rumored that Alsina has a daughter, but there is no information about him getting married neither who his wife is.

Currently, he is taking care of his three nieces: Kayden, Amayila, and Chaylen; daughter of his later brother who once helped him and take care of him at his neddy time.

A girl from Virginia posted a photo of herself with a bump on her stomach on Instagram claiming that she's pregnant by Alsina. She further added that Alsina was begging to get an abortion. However, Alsina never replied to the rumor.

While he was performing on his first national tour, Testimony Live in New York City in September 2014 he collapsed and was taken to hospital and kept in ICU. As per the report he was in a coma for three days and later on recovered.