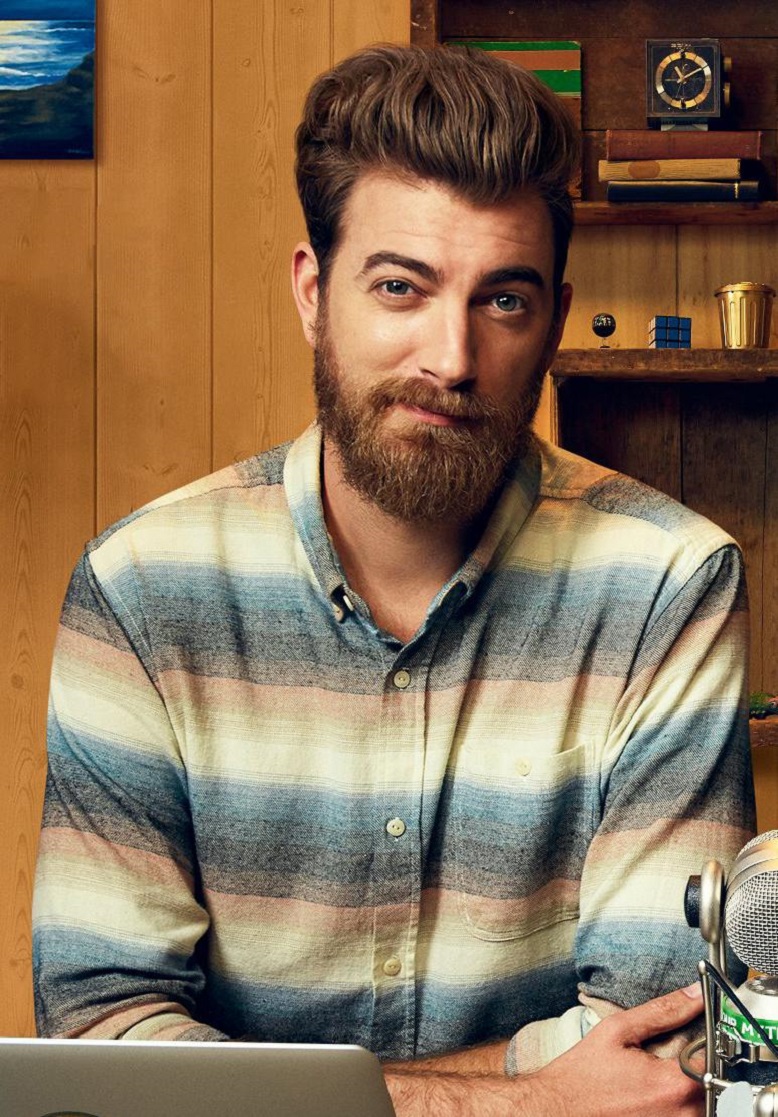 Widely famous for his comedy videos, Rhett James McLaughlin is an American YouTuber and social media personality. He has been active as a YouTuber along with his professional partner Charles Lincoln Neal(Link) for over a decade where they are running a YouTube channel “Rhett and Link." The duo has earned huge fame and a good sum of money through their YouTube channel which has millions of subscribers as of present.

Rhett James McLaughlin was born on 11th October 1977 in Buies, North Carolina, the USA to father Jim McLaughlin and mother Diane McLaughlin. He was born with the birth sign of Libra that describes his personality to be charming, warm, loving and compassionate. Rhett holds the American Nationality and belongs to White American ethnicity.

Rhett grew up in his hometown with his brother Cole McLaughlin. Talking about Rhett’s education, he studied engineering at North Carolina State University. After completing his education, he moved to Los Angeles in order to pursue his career in YouTuber.

Rhett McLaughlin is a well-known YouTuber, actor, comedian, and director who started appearing into the spotlight after he started his YouTube channel Rhett and Link along with his professional partner Link on June 5th, 2006.

In 2008, Mr. McLaughlin and Charles Lincoln “Link” Neal III created a documentary Looking for Ms. Locklear which gained huge popularity and inspired them to continue their work. Later in 2012, they started hosting a talk show called Good Mythical Morning, which became one of the most viewed shows on the web.

Funny videos, hilarious local commercials, and sketches are some of the major contents of their YouTube channels which have been attracting millions of viewers for years.

The duo also has another YouTube channel, Good Mythical More and a weekly podcast channel called Ear Biscuits. Along with these YouTube channels, McLaughlin also owns a website called rhettandlink.com that contains music, merchandise, and other items.

Later, the duo appeared as a singing duo on the kid's show Jelly Telly where they were recognized as The Fabulous Bentley Brothers. Besides, they have also made multiple appearances on the Epic Rap Battles show.

Rhett McLaughlin has been earning a staggering sum of money from his YouTube channels and from his career as an actor, director, and a comedian. As of 2019, YouTuber, Rhett McLaughlin's net worth is estimated to be around $8 million.

Also Read: How Much Is The Net Worth Of YouTuber And Comedian Amiri King? His Main Sources Of Income And Assets

Also Read: Meet The Family Members Of YouTube Sensation Faze Rug-How Luxurious Is The Life Of The Rugs Family?

Rhett McLaughlin is a young and talented YouTube star who has been married to his Longtime sweetheart Jessie Lane since 29th March 2001. The couple shares two children: Shepherd McLaughlin and Locke McLaughlin. Both of his children have acted in some of his YouTube videos.

The happy couple has been living in Burbank, California, United States.

The family of five is living a happy life in Burbank, California, United States. They along with Link love to travel to different places and they also post the photos and videos of their trip on their social media and YouTube channel.

We have presented you a video of Rhett James McLaughlin and his sons along with Link discussing certain questions about who did what.