Meet The Family Members Of YouTube Sensation Faze Rug-How Luxurious Is The Life Of The Rugs Family?

Faze Rug's YouTube career took off when he started making exciting prank videos. Not only Faze but his whole family members are Youtubers. Each of them has their youtube channel and a huge fan base.

Being one of the successful YouTubers, Faze is leading an absolutely joyful life alongside his family. How luxurious is the life of the Rugs family?

YouTube star Brian Awadis, better known as FaZe Rug was born on 19 November 1996 in San Diego, California. He belongs to the Iraqi ancestry as his parents are originally from Iraq.

Ever since FaZe made it big on YouTube, we have seen lots of interesting videos on his channel. Some of his YouTube prank videos featured his parents, brother and his former girlfriend, Molly Eskam.

In those videos, his parents are often addressed by the name Papa Rug and Mama Rug, however, their original names are yet to be revealed. FaZe is a younger sibling to his brother Brandon Awadis. 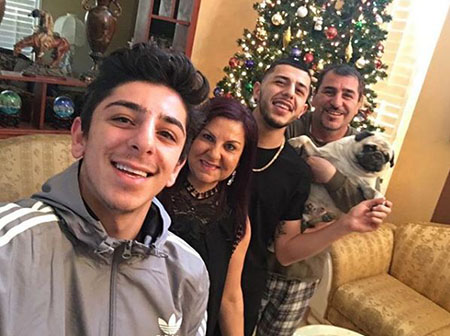 Everyone in his family has their own YouTube channel. As of July 2018, FaZe has more than 9.3 million subscribers in his channel. Likewise, his parent's channel Mama Rug and Papa Rug have more than 872,000 subscribers.

His brother Brandon has 2.9 million subscribers on his YouTube channel Brawadis. Brandon is a journalism student and an aspiring NBA analyst.

The YouTuber family currently resides in a lavish mansion in San Diego, California. They purchased the house back in 2017.

Internet celebrity FaZe Rug is living a blissful lifestyle thanks to his flourishing YouTube career. As a fulltime YouTuber with more than 1 billion views, he is earning a huge stack of money.

He lives in a beautiful house and drives some expensive cars. FaZe is seen driving around in his $295k Range Rover and $200k Lamborghini. He is indeed living his dream, recently he gifted his mom $34,475 worth Mercedes Benz. 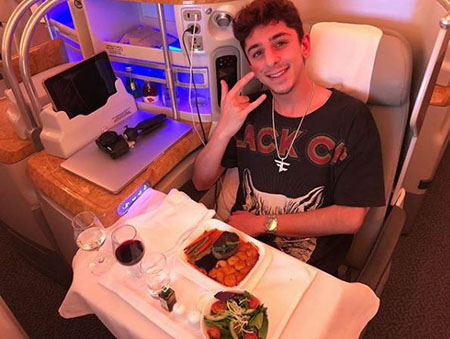 FaZe previously dated a fellow YouTube star Molly Eskam. The former couple appeared on several videos on their channel. Here's the video of FaZe surprising Eskam on her birthday.

The famous star is enjoying his fortune along with his lovely family. FaZe is very hard working and dedicated in his career. He spends most of the time making videos for his channel.