Reporter Abby Huntsman calls herself lucky for marrying her best friend Jeffrey Bruce Livingston-Married since 2010, Blessed With A Baby Girl!!! 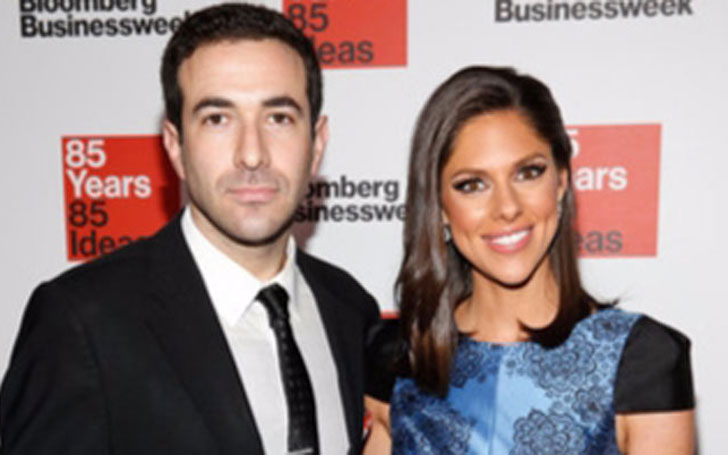 "Marrying your best friend is the best decision you'll ever make in life." The co-hosts Fox & Friends Weekend Abby Huntsman is one of those lucky people.

Huntsman is married to her best friend Jeffrey Bruce Livingston since 2010, and the couple is giving us some serious relationship goals.

Abby Huntsman And Jeffrey Bruce Livingston-Married Since 2010, Blessed With A Baby Girl!!!

Huntsman and Livingston first met during their college days as they both attended the University of Pennsylvania. Livingston-son of Bruce V. Livingston and Deidre Sharp Livingston is a business analyst for the New York consulting firm called McKinsey & Company.

The pair officially became husband and wife in August 2010. The big day was held at the Washington National Cathedral.

Also read: Who is Jeffrey Bruce Livingston? Know about his wife, Abby Huntsman

After about seven years of blissful conjugal life, Huntsman and Livingston welcomed their first child, a daughter Isabel Grace in November 2017.

The proud mother announced the arrival of the baby girl via an Instagram post on 29 November 2017 sharing a snap of newly born baby girl.

"Our little angel has arrived! Never knew our hearts could be this full. We love you so much, Isabel Grace."

She revealed the news of her pregnancy on her show Fox & Friends which she co-hosts alongside Pete Hegseth and Clayton Morrison in June 2017.

Huntsman and Livingston celebrated their seventh marriage anniversary in 2017. Huntsman wished her husband via Instagram with a beautiful caption.

"Marrying your best friend is the best decision you'll ever make in life. How did I get so lucky? Just the two of us (+ @golden.george) for a little while longer! Love you forever @jefflivingston8 #happyanniversary."

The pair also has a dog, George Livingston and treats him as their son. Huntsman also mentioned herself as the mother of George on her Twitter and Instagram bio.

Back in 2013, Huntsman appeared in gay marriage ads alongside Meghan McCain and Margaret Hoover. They all were featured in a video campaign for gay marriage support.

Huntsman said at the time:

“I've been a lifelong Republican because I believe the Republican Party has always stood for equal rights for all Americans,”

“I think that it's a generational issue. And I think that over time you're going to see more and more Republicans support the freedom to marry. And I'm happy and I'm proud to be part of that movement.”