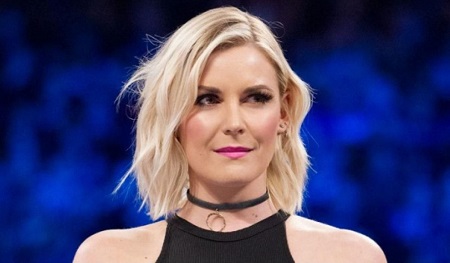 Renee Jane Paquette, well recognized as Renee Young, is a Candian-born American sports broadcaster, commentator, television host, actress, and internet personality. The 35-year-old is well known for being a commentator, presenter, and interviewer for WWE from 2012 until 2020. Moreover, Young joined as the main cast of Total Divas' reality television series from 2015-2018.

Renee Young was born Renee Jane Paquette on September 19, 1985, in Toronto, Canada. As per her nationality, she is Canadian-American and is of mixed Canadian-White ethnicity.

After her high school graduation, she attended several colleges and took cla s ses in improv comedy. She auditioned for films, music videos, and commercials, but she became engaged in broadcasting rather than acting.

Renee Young is a renowned sports broadcaster, commentator, television host, actress, and internet personality. She is best known for her works as a commentator, presenter, and interviewer for WWE from 2012 until 2020.

She has hosted WWE: The Top 25 Rivalries in Wrestling History and WWE Quick Hits. From 2015-2018, she appeared as the main cast of the reality television series Total Divas. 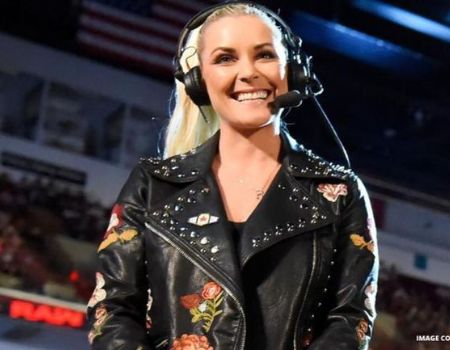 Young appeared for four episodes of the reality television series Total Bellas, which was premiered on E!. From 2019 until 2020, she worked as a co-host for WWE Backstage.

She also was cast in the comedy film The Main Event starring Tichina Arnold, Ken Marino, Momona Tamada, and Kofi Kingston in 2020

What Is Renee Young's Net Worth?

The television host has an estimated net worth of $2 million as of April 2021. She earned a tremendous amount of riches from her profession as a sports broadcaster, commentator, television host, and actress.

She also adds a decent sum from her social media platforms, endorsements, and side business. She gathered $5,688.75 to $9,481.25 per sponsored post from her Instagram @reneepaquette, which has 2.8 million followers.

Furthermore, her husband, Jonathan Good a.k.a Dean Ambrose, has a whopping net worth of $6.1 million at present. As a professional wrestler, he is reported to have a salary of $1 million per annum.

Tied The Knot With Jonathan Good 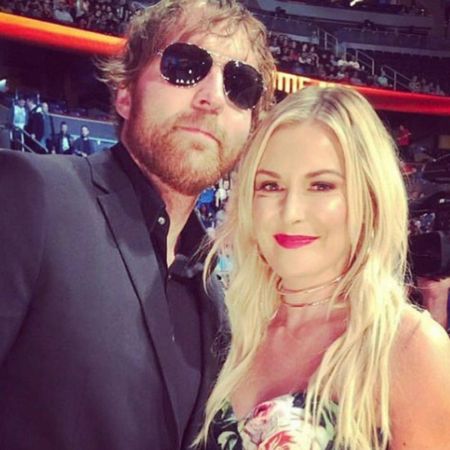 The couple started dating each other back in 2013. The lovebird announced that they were expecting their first baby child in November 2020.

Apart from that, Young is a loyal supporter of the Vegas Golden Knights ice hockey team. She currently hosts a podcast called 'Oral Sessions with Renee Paquette' on her self-titled Youtube channel, which has over 82 thousand subscribers.