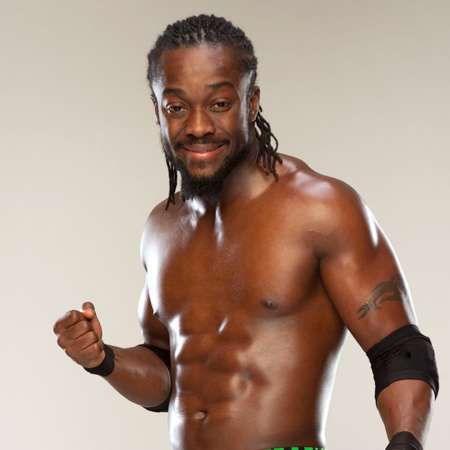 Kofi Nahaje Sarkodie-Mensah who is famous with the name Kofi Kingston is a professional  Ghanaian-American wrestler who has signed to WWE where he performs on the SmackDown brand. Currently he is WWE Champion in his first reign.

Kofi Kingston was born on August 14, 1981, as Kofi Nahaje Sarkodie-Mensah. He was born in Kumasi, Ashanti, Ghana. His is the son of Kwasi Sarkodie-Mensah. And his father was a librarian at the University He was raised and he spent most of his childhood in Winchester, Massachusetts. His family migrated to the United States when he was three years old. Kofi Kingston's ethnicity is Afro American. His nationality is American. His star sign is Leo. Kofi has a brother named Kwame Sarkodie Mensah and his sister is nana Akua Sarkodie Mensah.

Kofi Kingston attended Boston College and he earned a graduate degree from the same college. In the starting day of his career, Sarkodie-Mensah initially used to work in an office. Later he decides to get himself as trained as a professional wrestler.

Kofi Kingston made his official debut in professional wrestling in 2006 when he faced Omega at Chaotic Wrestling. The same year he also fought with Evan Siks. Just after a year of his debut, he signed a contract with World Wrestling Entertainment (WWE) on September 2006. In 2007, he worked in Florida Championship Wrestling (FCW) for rest o his year.

In 2008 he was undefeated in singles competition in ECW, and later on May 20, 2008, he lost a game against Shelton Benjamin. On the August 2011, Kingston fought with his tag team partner Evan Bourne against David Otunga and Michael McGillicutty and won the WWE Tag Team Championship and since he has been improving his career and action. He has also been established as one of the superstar wrestlers in the arena.

Kofi has several signature moves and has finishing moves. His famous signature styles include Double backhand chop, Double foot stomp, Flying forearm smash, Pendulum kick, and Somersault plancha. And his finishing moves includes Trouble in Paradise (Jumping corkscrew roundhouse kick and S.O.S (Ranhei). He has worked very hard from his early career and he has always remained focus in his career.

Kofi Kingston's net worth is estimated to be around 3million dollars and his salary is around 3 hundred thousand.

Kofi was married to Kori Campfield on 2012 in a private event, where his few wrestler friend and family attended the ceremony. Talking about his children he has a child with his spouse, who detailed information is missing.