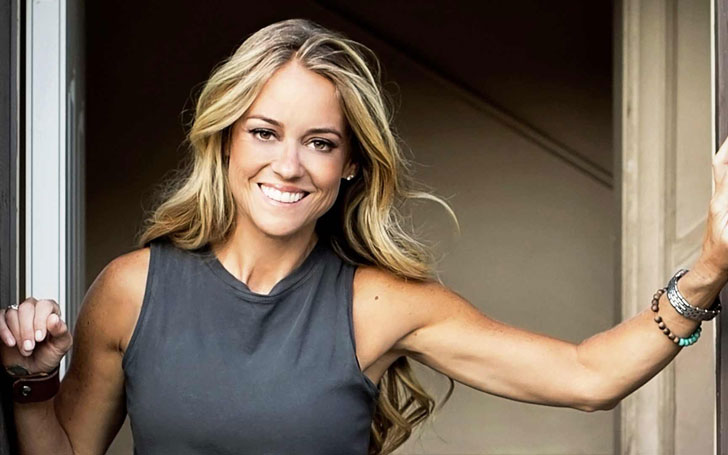 The Rehab Addict alum Nicole Curtis has found the love of her life again. The 42-year-old television actress took to her Instagram on Monday, 15th July sharing a snap in which she is sharing a smooch with her new boyfriend.

In the photo, Curtis is seen sitting in her new beau's lap while kissing him. She wrote: "New Jersey and my man with the beard...❤️" Here is the post:

New Jersey and my man with the beard ...❤️

Later, Curtis went on sharing more photos of the couple from their New Jersey trip for the weekend on the Instagram story. One of the photos showed her boyfriend fixing her dress as she took a mirror selfie. Curtis shared another mirror selfie where the lovebirds posed together and smiled, writing "After" on the picture.

Curtis had been in a years-long custody battle with her ex Shane Maguire with whom she shares a son, Harper, 3. Last July, Maguire filed a lawsuit asking for the sole custody of their son Harper because Curtis intentionally inhibited him from meeting Harper.

Finally, in October 2018, Curtis and Maguire agreed to share their child's custody. Based on their custody settlement, neither the parent is required to pay child support. Before they reached the agreement, Curtis was reportedly receiving $1,200 per month in child support.

Before Curtis started dating Maguire, she was married to Steve Lane whom she divorced in 2009.