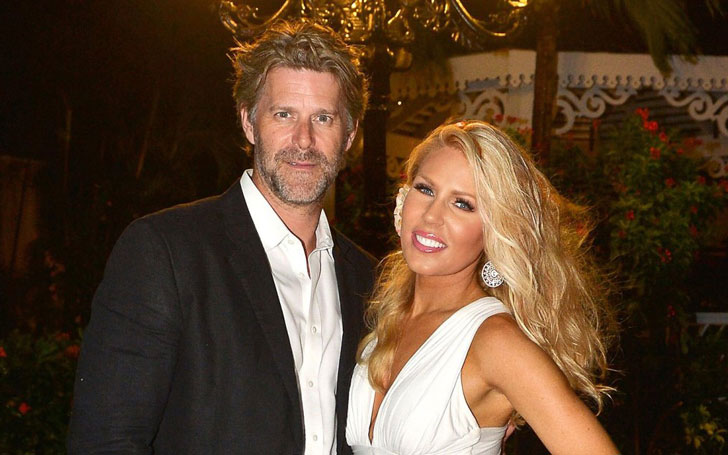 Congratulations are in order! The former Real Housewives of Orange County star Gretchen Rossi and fiance Slade Smiley have given birth to their first child together. Her representative exclusively confirmed the news to People.

The rep said, "Skylar is born, and mama and baby are doing well." The newborn girl joins big brothers Gavin and Grayson, from Smiley's previous relationships. 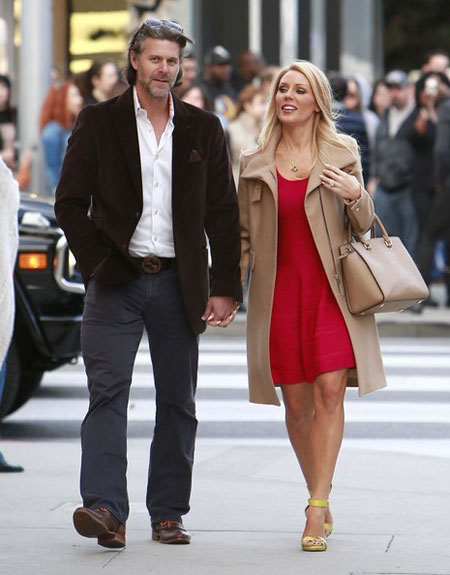 The reality star and Smiley announced the upcoming arrival of their first child on The Doctors in December 2018. The couple conceived the child after Smiley's vasectomy reversal and multiple rounds of in vitro fertilization (IVF).

In April 2019, Rossi revealed her baby's name as Skylar. She also said she had picked the name "Skylar" since she was little and her daughter's middle name, Gray, was chosen in honor of Smiley's teenage son, who is battling brain cancer.

Later in May, the couple were the guests of honor at a lavish baby shower held in Laguna Beach, California.

The lovebirds were on the cloud nine to learn about Rossi's first pregnancy that came after 10 long years of relationship. They celebrated their 10 year anniversary this past February.

Hours after giving birth to her first child, the new mother took to her Instagram to announce her baby's birth. She wrote: " God is Great!! 🙏🏻🙌🏻 Skylar Gray Smiley arrived safely into this world today!" alongside her photo from her pregnancy days.

On Tuesday, 9th July, Rossi announced to her fans that she would be going in for a scheduled cesarean section the next day [10th July] which, according to her, was decided after a Monday's doctor appointment.