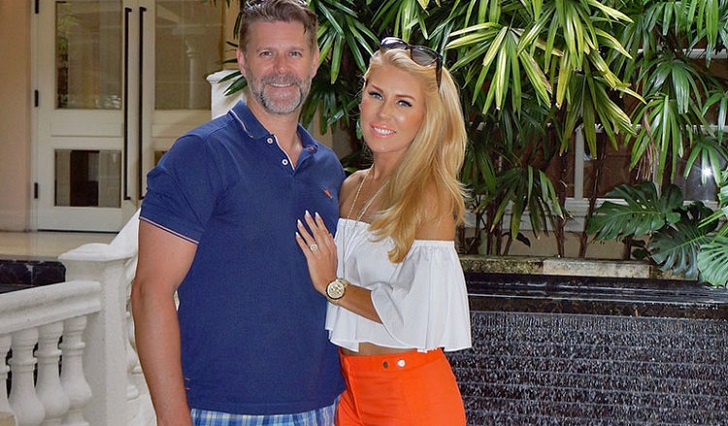 Gretchen Rossi, Who Is Currently Pregnant With A Daughter, Has Been Showered With Love At A Lavish Baby Shower.

American actor Gretchen Rossi and longtime boyfriend Slade Smiley, who are expecting their first child together, has recently enjoyed a lavish baby shower.

The baby shower was attended by fellow Bravo celebrities and former Real Housewives of Orange County. Their celebration was held in Laguna Beach, California, Seven 7 Seven which was decked to nines.

Forty-one years old reality personality and her longtime boyfriend Slade are expecting their first child, baby girl Skylar Gray. The due date in this July.

On the other side, the soon-to-be-father was dressed in a charcoal suit with a pink shirt styled with an open color, making it look very classic.

Gretchen has shared a series of photos and videos on her social media accompanied by their guests and vendors including D’Andra Simmons, Scheana Shay, Phaedra Parks, Patti Stanger, Peggy Tanous, and Lizzie Rovsek.

Ending the post, Gretchen thanked the fantastic people at Southern California Reproductive Center who has been guiding her through her in vitro fertilization journey.

Back in April, Gretchen announced that she is looking forward to becoming a parent for the very first time.