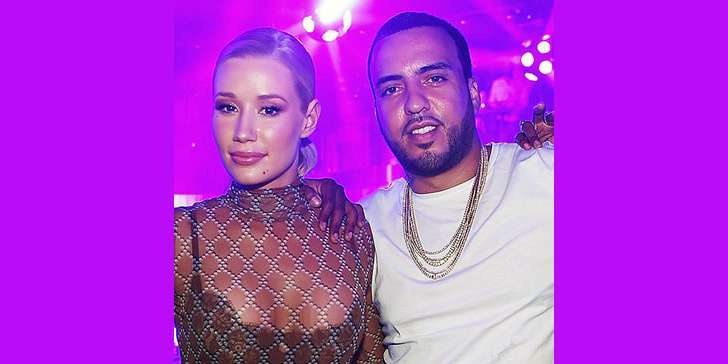 Iggy Azalea, an Australian rapper, songwriter, and model.  She had just made a big impression on the international music with her 2014 Smash “Fancy”.

Rumors are Spreading about Iggy that she dating a rapper French Montana after a split with NBA Player Nick Young.  Both Iggy and Montana were spotted together getting close while having a party inLass Vegas.

Before getting close to French Montana, Azalea had a boyfriend named Nick Young, Who is an NBA Player. They also got engaged but after getting cheated from her fiancé, they break up their relationship and Azalea ends her engagement with nick young. On her social networking site, she claimed that she caught nick young cheating on her at their home and nick ex also confirmed that she’s pregnant with their second child.

The Team Rapper and Montana attended Jennifer Lopez’s residency show, where they hung out with friends and performed some of the hits for fans. People said, he leaned into her and swiped his across her lower back and hung out for a few minutes laughing, dancing and throwing their hands in the air. This shows a good chemistry between them.

Estimated net worth of Rapper Iggy Azalea is around $10Million. She owned a Tarzana Villa worth $3.45 Million formerly owned by singer and actress Selena Gomez and also owned a Ferrari Worth $70000 in white color.

French Montana estimated net worth is around $10 Million and his annual income is around $3Million. His home is located in New Jersey and valued at almost $1 Million. He also owned laraki epitome worth around $2.5 Million.