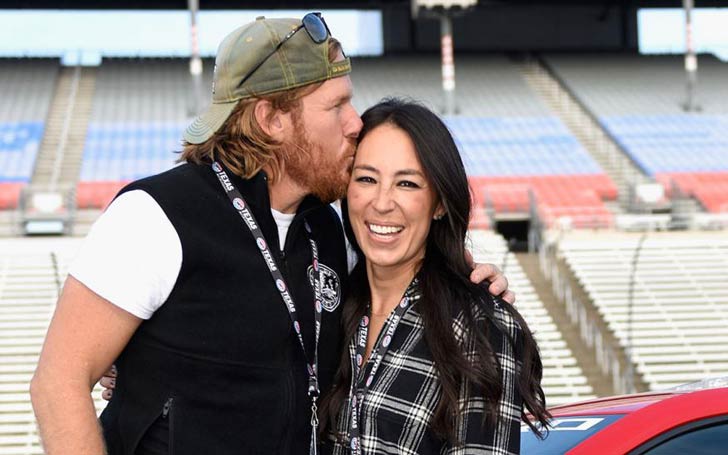 Reality Star Joanna Gaines Celebrates The Upcoming Arrival Of Her Fifth Child, A Baby Boy With A Book-Themed Baby Shower

Fixer Upper starlet Joanna Gaines celebrated the impending birth of her fifth child, a son with a book-themed baby shower in Texas. The 40-year-old reality star shared photos from the Saturday's bash on her Instagram on Sunday, June 10.

Gaines posted a collage of the snaps from the shower which she started with the picture of her sitting on a huge stack of books surrounded by blue, green, white, and yellow balloons. 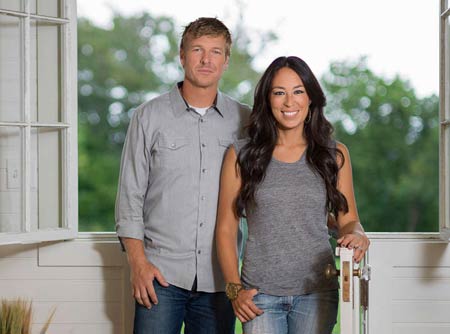 The mother-to-be can be seen all smiling while sitting on the books flaunting her adorable baby bump in a fitted black dress which she accessorized with the multicolored shawl and clog sandals.

"I like big books and I cannot lie-Blown away by the creativity and thoughtfulness of my friends-just the cutest book shower ever for baby Gaines!" Joanna captioned the snap.

I like big books and I cannot lie- Blown away by the creativity and thoughtfulness of my friends- just the cutest book shower ever for baby Gaines! Feelin' the love... now I just need to figure out how to shove these books in my car so I can get them to the farm! #babygotbooks

The baby shower comes just weeks before Joanna Gaines and her husband Chip Gaines are expected to welcome their fifth child, the third son. The couple announced they were expecting their fifth child in an Instagram post in early January 2018. The announcement came just weeks after they quit their hit HGTV show Fixer Upper after its fifth season.

Gaines party of 7.. (If you’re still confused.. WE ARE PREGNANT) @joannagaines

Later,  the realtor went on to reveal that they were expecting a boy in a Twitter video while asking a baby named Gage to help him "think of a D-name" to match his other sons' initials.'

The couple already shares four children, Duke, Drake, Ella, and Emmie together in their 15-year-long marital relationship. They recently celebrated their 15th wedding anniversary which the reality stars marked in their social media post.