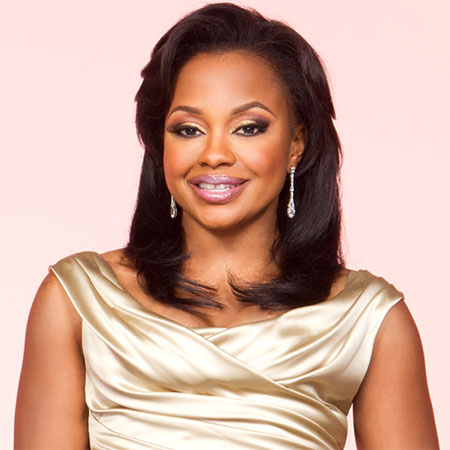 Phaedra Parks is the star of hit Bravo series ‘Real Housewives of Atlanta’. She is an actress, attorney, media personality, author, social activist, businesswoman and a motivational speaker. Phaedra is a multi-talented person with a beautiful soul.

Born on October 26, 1973, in Athens, Georgia, United States, Phaedra Parks was born to parents Pastor Henry Parks and Regina Bell. She has three siblings named Keosha Bell, Henri-Jacques Parks, and Albert Bell. The information on her childhood is not available.

Phaedra Parks grew up in Georgia and hence has completed her education in Georgia. She went to Wesleyan College where she earned her Bachelor’s degree with honors. She is a graduate of the University of Georgia where she received her Juris Doctorate. She also studied mortuary sciences in Jefferson State College.

Phaedra Parks’s career highlights her performance in the reality series ‘Real Housewives of Atlanta’. The reality series had helped her become famous. Besides, Phaedra is a social activist and an attorney.

Phaedra Parks was acknowledged as Atlanta’s premiere attorneys and was once featured on the cover of the magazine named ‘Super Lawyers’. She has defended several celebrity issues in the court including of Bobby Brown, a famous R&B singer.

Phaedra Parks is an author of the bestselling book titled ‘Secrets of the Southern Belle: How to be Nice, Work Hard, Look Pretty, Have Fun and Never Have an Off Moment’ based on the entertaining and amusing insights and tips on how to have all the confidence, charm and grace of a true Southern Belle. As a motivational speaker, she travels around the country and speak on personal growth and achieving success.

Phaedra Parks is also a licensed funeral director and is in the process od opening a funeral home in the greater Atlanta area. She is a managing partner of The Parks Group and has served as the president of the Gate City Bar Association and on the advisory board of the American Bar Association.

Phaedra Parks is reported to have an estimated net worth of $8 million in 2014 for she is involved in several projects besides acting. Her net worth was reported to be $5 million prior to becoming a reality star. She earns a lucrative amount of salary.

Phaedra Parks was once a married woman. She was married to her husband turned boyfriend for fourteen years, Apollo Nida on 1 November 2009. She has two children with him named Ayden Adonis Nida born on May 2010 and Dylan Nida born on May 8, 2013. Phaedra and Apollo got separated in October 2014 and got divorced in November 2016.

According to sources, it is reported that Phaedra Parks is dating with reality star Tim Norman since two months and are trying to keep their romance in private. They were seen dining at the Sweetie Pies Upper Crust restaurant in St. Louis and moves back and forth to and from St. Louis and Los Angeles.

Phaedra Parks has a Facebook account. She seems not so active in social sites. She can be subscribed to her YouTube channel. She lacks Wikipedia but has a short biography stored in IMDb which aids at least a little to know on her. Besides, there are many news, gossips, and pictures available on her in the different internet sites.