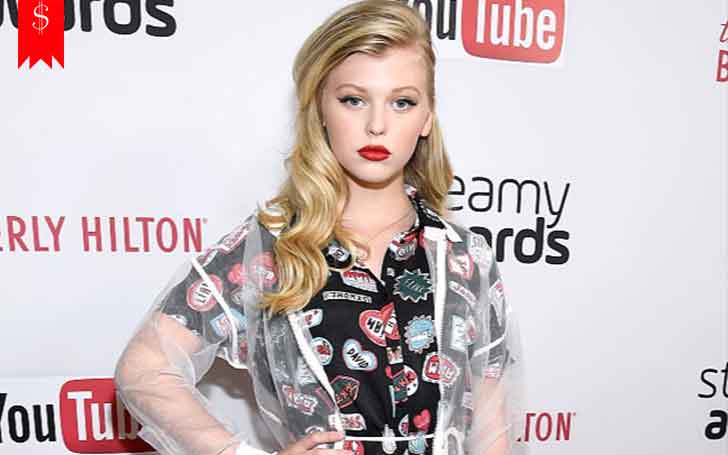 Known for her doll-like-face Loren Gray is a popular Intenet celebrity. From her social media fame, she maintained a high-profile personal life. How much has she earned as a social media star?

Gray is living the life of her choice, how is her lifestyle?

The gorgeous Internet celebrity Loren Gray is not a new name as she is extremely popular on social media. Her popularity in the social sites has earned her stacks of money. According to several sources, Gray's estimated net worth is $300,000.

The 16-year-old cutie rose to fame when she joined Musical.ly back in 2015, soon after she earned lots of followers for her lip sync videos and her charming personality. Currently, she has more than 20 million followers on Musical.ly. Gray is one of the few stars who rose to stardom since joining the Musical.ly. Her Musical.ly videos cover some superstar of Hollywood, the list includes Ariana Grande, Drake, and Chris Brown among others. 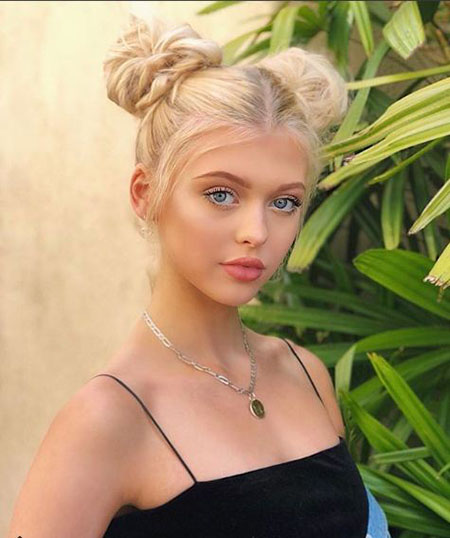 The star started making YouTube video under her official channel Loren Gray from 2012, currently has 2.8 million subscribers. She makes different sorts of videos including cover songs, makeup tutorial, vlog, prank videos and more. Gray even collaborated with famous YouTubers. Her videos have been watched by millions of viewers with the total of 95 million views,  earning a good sum.

In her social media accounts, Gray has endorsed various brands including  Mark Jacobs Outfit, Yves Saint Laurent Shoes, and Spinelli Kilcollin Jewelry. She used the social media platform fully to her advantage and is making a fortune through it.

The Musical.ly star is leading an extravagant lifestyle, thanks to her popularity on social networking sites. The blonde is blessed as an internet celebrity and she enjoys her life to the fullest.

The cutie Loren loves to vacay and goes for several adventurous holidays along with her loved ones. The Doll-like-beauty' Instagram accounts are full of her gorgeous pictures and her venturesome life. 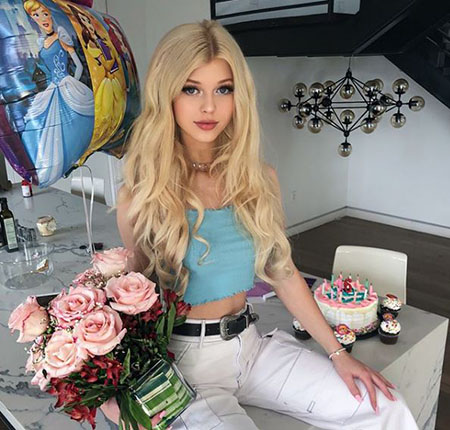 As for now, Loren is focused on her career rather than dating someone. She currently resides in Los Angeles, California along with her family.