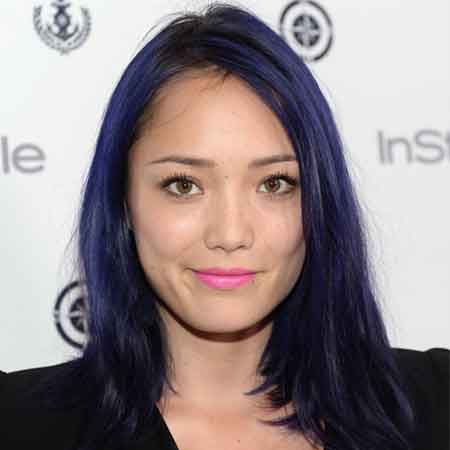 Canadian born French actress, Pom Klementieff rose to fame after starring in the 2017 biggest blockbuster, Guardians of the Galaxy Vol. 2 where she played the role of Mantis, a member of the Guardians with empathic powers who lives with an ego. She reprised her role in 2018 film, Avengers: Infinity War. She made her acting debut from French independent film, Après Lui in 2007.

Pom Klementieff was born on May 3, 1986, in Quebec City, Canada to a Korean mother and French-Russian father. The latter worked as a counselor with the French government due to which they have to travel a lot. Pom lived in Canada for a year then shifted to Japan before settling in France.  She also had a brother who committed suicide on her 25th birthday.

Klementieff was just 5 years old when she lost her father due to cancer and her mother had schizophrenia and was unable to care for children, so she was raised by her parenteral uncle and aunt. At the age of 18, she lost her uncle also whom she referred her second father.

Klementieff attended law school after her uncle's death to helped her aunt but she did not find it a good choice. She also worked as a saleswoman and a waitress in France. In 2005, she started acting at the Cours Florent drama school in Paris and after a few months, she won a theater competition which awarded her free classes for 2 years with the school's top teachers.

Pom Klementieff started her acting journey in 2007, she played the role of Catherine Deneuve in the French independent film Après Lui.  Then she appeared in few movies in a minor role and finally got her big break in  Loup (2009). In 2013, she made her Hollywood debut in Spike Lee's Oldboy which was a remake of the South Korean film of the same name.

During the filming of the Oldboy, she moved to Los Angeles and started doing more Hollywood films. In 2015, she appeared in the Hacker's Game where she played the role of a hacker, due to the low budget of the film, Klementieff had to do her own make-up and chose her own wardrobe.

In 2017, Klementieff joined the Marvel Cinematic Universe for the movie, Guardians of the Galaxy Vol. 2 as Mantis, the member of the  Guardians with empathic powers who lives with an ego. She reprised the role of Mantis in the film Avengers: Infinity War in 2018. She will be seen in two films in 2019; Untitled Avengers film and Uncut Gems.

Pom Klementieff is a popular French actress, she is best known for her role, Mantis in the Guardians of the Galaxy Vol. 2 (2017). She has an estimated net worth of $3 million.

She has appeared in a number of biggest hit films and some of them are enlisted below;

Pom Klementieff is possibly single at the moment. Since she is a very private person, she has not disclosed about her dating life and boyfriend.  She is quite ambitious and hardworking which might be the reason, she wants to focus her attention towards her career than anything else.

She is passionate about taekwondo and received purple belt in 2014. She loves horse riding.