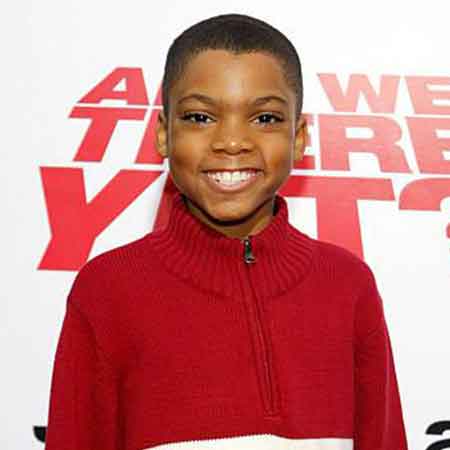 Phillip Daniel Bolden is a former American child actor and an aspiring actor who became famous after playing a role in "Are We There Yet?", "Mystery Men" and "Little Nicky." He got nominated and won the Young Artist Award.

Philip Daniel Bolden was born on March 19, 1995, in New Orleans, Louisiana, the U.S. under the zodiac sign Pisces. Philip Bolden holds an American nationality and belongs to the mixed ethnical background. Phillip has not talked further about his family details and educational background. His father name is Kenny Bolden and mother name is Kristin Bolden.

Philip grew up in New Orleans and completed his high school there, however, it is not clear where he completed his alma mater. He learned acting at the British American Drama Academy (BADA) at Oxford, England and also trained at the London Academy of Music and Dramatic Art (LAMDA) -BA (Hons) Professional Acting.

Philip Daniel Bolden started his acting career in 1999 when he was only 4 years old. He debuted in acting as Kirby Palmer in an American sitcom The King of Queens. At the same year, he appeared in the movie Mystery Men where he played the role of Roland.

He also made his appearance in the TV series like The Bernie Mac Show, Malcolm in the Middle and My Wife, and Kids.

CAPTION: Phillip (Are we there yet) SOURCE: amazon

Philip played a role as Roland in the American superhero comedy film Mystery Men. Later, he also worked in the movies like Are We Done Yet, How to Eat Fried Worms and Johnson Family Vacation.

In 2001, Philip played the lead role in Macy Gray's music video Sweet Baby. He was even cast in a telefilm named Play'd a Hip Hop Story. Philip also appeared in a commercial for McDonald's along with the NBA player Kobe Bryant. Later, he got an opportunity to work in the film Fly Me to the Moon 3D in 2007 along with a famous actor Kelly Ripa.

In 2018, the young actor played the role of Jed Crossland, in The Dead Girls Detective Agency. A year after, he was a cast in the TV series !Zombie along with Rose McIver, Malcolm Goodwin, Rahul Kohli, and more.

Philip Daniel's Net Worth And Earnings

According to the net worth sites, Philip Daniel's Net Worth is estimated to be around $5 million as of 2019. He has earned the staggering amount of money from his short acting career and working in Television sitcoms. According to the sources, Philip prefers the branded dress and shoes.

Box office collection of the movies that he has played in are listed below.

Philip is 24 years old as of 2019; he is not married and not dating any girlfriend at present. According to the source, he dated actress Aleisha Allen in September 2006 but their relationship could not last for long as they broke up in August 2007.

The ex-lovebirds never revealed the reason behind their separation. The rising actor Bolden is not active on social sites like Facebook and Instagram. He loves to live a life out of the spotlight for the maximum time he is not working in any movie or television series and sitcoms.