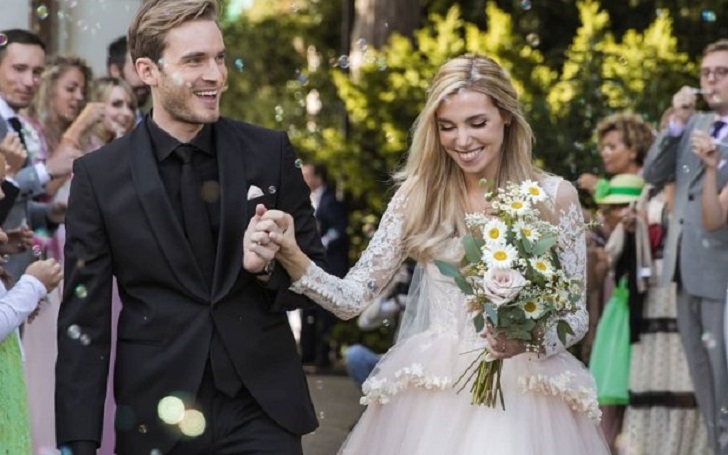 PewDiePie, whose real name is Felix Kjellberg, has exchanged the vows with his longtime-girlfriend-turned-wife Marzia Bisognin on Monday. His wife is a former beauty vlogger.

The 29 years old comedian announced the happy news via social media like Instagram and Twitter. He confirmed the happy news sharing multiple pictures from their nuptial. In the comment section, PewDiePie admitted that he is the happiest person and lucky to share his life with the amazing woman.

We are married!!! I'm the happiest I can be ♥️ I'm so lucky to share my life with this amazing woman.

The couple got married in a private wedding ceremony in London all surrounded by family and friends.

On the other side, Marzia also took her Instagram to share beautiful snaps from their ceremony. She wrote: Yesterday, the 19th of August—after exactly eight years since we met—we celebrated our wedding with our closest friends and family. It was the most beautiful day, which I will treasure forever.

Marzia then thanked all the people that made possible to attend their special event and helped them to celebrate their marriage. She also admitted that she was the luckiest person and is full of love.

PweDiePie has over 99 million subscribers on his YouTube channel, making him the most followed individual on YouTube. His career has been admired with millions of people but has time and again dragged to controversy and scandal.

PweDiePie came into the spotlight in early 2017 when he uploaded a video which featured two men holding up a sign that read “Death to all Jews.”