Peter Scolari is an American actor who is known for his roles as Henry Desmond in Bosom Buddies and Michal Harris on Newhard. He started his career in 1978 and to date, has appeared in over 106 movies and TV series.

Grew Up in an Abusive Family

Peter Scolari was born as Peter Thomas Scolari on September 12, 1955, in New Rochelle, New York, the United States of America, under the birth sign of Virgo.

He grew up in an abusive family. He has described his father as an abusive, rageful man. Similarly, he has also said that his mother was an alcoholic. His parents had a tumultuous marriage and stayed together only for the sake of their kids. He said that his parents were hopelessly in love while also being totally incompatible.

Peter Scolari is a married man. He has been married four times. He is currently in a marital relationship with his longtime girlfriend, Tracy Shayne. They walked down the aisle in 2013. With her, he has welcomed two kids. 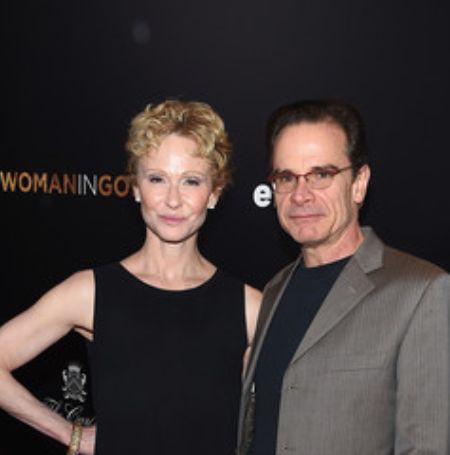 In 1981, Scolari was in a marital bonding with his first wife, Lisa Kretzschmar. The pair divorced two years later in 1983. Three years later, he got married to Debra Steagall. The pair were together for a decade but they couldn't continue and separated in 1996. In 1998, he was married to his third wife, Cathy Lynn Trien, an actor famous for Pooty Tang. With her, he has given birth to two kids, Keaton and Cali Scolari.

How Much is His Net Worth? Career?

Peter Scolari has appeared in as many as 106 movies and TV shows. He first started his career as Kookie in the movie, Take Off. He then went on to appear in Goodtime Girls as Benny Loman in 1980. In the same year, he appeared as Hildegarde 'Hilde' Henry Desmond in Bosom Buddies.

In 1983, he appeared as Eddie Riddle in Baby Makes Five. Similarly, he appeared as Wellington David Rothmeyer in The Love Boat in 1986. Some of his movies and tv series include, You Are the Jury, The Ryan White Story, Trying Times, Newhart, Perry Mason: The Case of the Gla s s Coffin, Murder on Sycamore Street, Family Album, The New Adventures of Superman, An Affectionate Look at Fatherhood, Dweebs, Honey, I Shrunk the Kids: The TV Show, Gotham, Girls, and Looks That Kill among others.

From his marvelous acting career, Peter has won 3 awards and has been nominated for 6 other awards. He won the Primetime Emmy Awards for Outstanding Guest Actor in a Comedy Series for the movie, Girls in 2016. He also won the USA Film Festival's Outstanding Performance Awards in the same year. As of 2021, he has earned an estimated net worth of around $2 million.