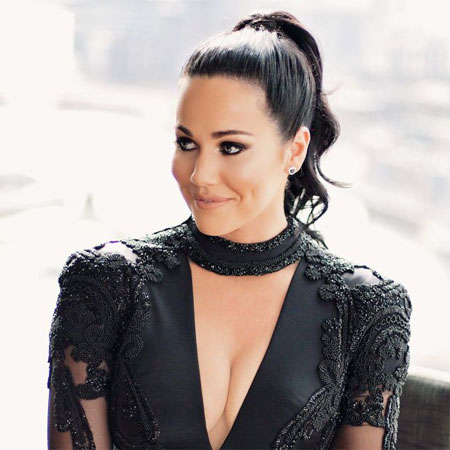 Sophie Cachia is a prominent Australian blogger and is one of the recognized public figures. Often dubbed The Young Mummy because of her blog content, Sophie Cachia's popularity peaked from her blog post The Miracle Baby on her blog The Young Mummy. Cachia grabbed more attention after live-streaming her second pregnancy. Her blog focuses on issues mother’s life after pregnancy. She also promotes her business via her eponymous YouTube channel where she has more than 10.3k subscribers as of 2019.

Sophie Cachia was born on the 10th of September 1990 in Melbourne, Australia. She spent most of her childhood days with her three siblings, in Melbourne and also did her schooling from there.

After her first baby in 2013, Sophia Cachia made a blog post titled ‘My Miracle Baby.' However, she had already begun writing 'The Young Mummy' her first blog while she was pregnant.

Given how popular her blog content had become and her millions of follower base on social media platforms like Instagram, Sophia Cachia expanded her blogging to YouTubing and vlogging. She started vlogging in 2015.

Besides, Sophie Cachia is also a businesswoman. She has an official fashion wear store, boutique, and even a parlor.

Furthermore, Cachia is expanding her business through her self-titled YouTube Channel. She started vlogging in 2015 and the channel has more than 10.3k subscribers as of 2019.

The exact amount of her net worth is yet to be revealed, but as per some genuine sources, it is more than $1 million.

Sophie Cachia, 29, married her ex-husband Jaryd Cachia on October 10, 2015. They had a gothic themed wedding, and Sophie wore a gothic black wedding gown instead of the traditional white dress.

How Did They Meet For The First Time?

Sophie met her future-husband Jaryd Cachia in 2010 in Jordan Russell's house. The couple welcomed their first child in 2013 and named him Bobby.

In June 2016, Sophie Cachia announced that she was pregnant with their second child. She gave birth to a daughter whom she named Betty in January 2017. However, just two days later she posted to Instagram and announcing the baby's new and changed name, Florence.

Are They Still Together?

Sophie Cachia and her spouse, however, seperated in October 2019. It has been reported that the couple lives together but they are single at present.

Following their separation, Sophie said she is now experimenting with sexuality.