Peter Berg is an American actor, writer, director, and producer. After starring in such movies as The Great White Hype, Collateral, Smokin' Aces, and Lions for Lambs, he turned his talents to directing and has directed such films as Friday Night Lights, Hanc* * k, Deepwater Horizon, Patriots Day, and Mile 22.

Peter was born Peter Winkler Berg on March 11, 1964, in New York City. The older son of a US marine father, Laurence Berg and mother, Sally Berg, his younger sister is named Mary.

Peter studied in the Chappaqua School System in his hometown before attending The Taft School in 1980. He then studied at Macalester College in Saint Paul, Minnesota, and graduated with a major in theatre arts and theatre history in 1984.

While in college, Peter appeared in numerous theatre productions and studied his craft while still juggling a gig as a Domino's delivery boy to pay the bills. He also attended the Guthrie Theater Drama School, Guthrie Theater, in Minneapolis, Minnesota, to study acting. He appeared in theatre productions of such plays as Flibberty Gibbet and Tartuffe.

A year after graduation in 1984, he moved to Los Angeles to pursue his acting career full-time.

Peter Berg Is An Actor, Writer, Director, And Producer

Upon his move to Los Angeles in 1985, Peter interned as a production a s sistant and studied the nitty-gritty of the film business. He also worked on the side as a dock worker to make ends meet.

He then went on to make numerous appearances in television shows and movies before gaining acclaim for his portrayal of the World War II soldier, Bud Miller, in the 1992 crime movie, A Midnight Clear. 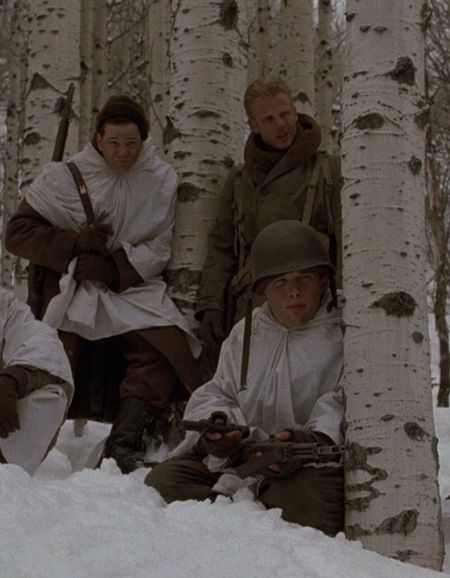 The next few years saw Peter appear in numerous movies like A Case for Murder, Fire in the Sky, Aspen Extreme, Across the Moon, and F.T.W.

By 1998, Peter had also tried his hand at directing, and made his directorial debut in the black-comedy movie, Very Bad Things. He followed that up with the short-lived medical drama TV series, Wonderland.

Peter is also the director and producer for the 2004 sports-drama movie, Friday Night Lights, and its subsequent 2006 TV show of the same name. The film and its eponymous TV show were highly ranked amongst critics and moviegoers, the latter even winning multiple Emmy awards throughout its run.

Peter is credited with creating and producing such blockbusters as the 2008 superhero movie Hanc* * k starring Will Smith, Charlize Theron, and Jason Bateman, the 2012 science-fiction action movie, Battleship, and the 2013 biographical military-action film, Lone Survivor.

Peter has also directed music videos for some of the most famous artists of the last few decades. He directed the music video for Enrique Iglesias’ song “Addicted,” Christina Aguilera’s song "Keeps Gettin' Better," and the videos for Maroon 5’s "One More Night" and "Maps."

Peter has made numerous cameo appearances in his self-directed movies like The Leftovers, Battleship, Deepwater Horizon, and Patriots Day. He also landed a recurring role as a coach in the Dwayne Johnson-led TV series, Ballers from 2015 to 2017.

He has numerous future projects currently in development, which includes a doc u mentary for the deceased rock musician, Chris Cornell.

Peter Berg's Net Worth Is $30 Million

As of 2019, Peter Berg's worth is $30 million. The acclaimed filmmaker has been a staple of movies and TV shows since the late ‘80s. Not only a significant presence on the screens, but he is also a prolific writer, director, and producer.

He is responsible for making some of the last few decades’ most successful and critically acclaimed movies and television shows.

Some of his most notable directing works are in the movies The Rundown, Friday Night Lights, The Kingdom, Hanc* * k, Battleship, Lone Survivor, Deepwater Horizon, and Patriots Day. The table below shows the box office earnings of some of his most successful movies.

The 5 feet 11.5 inches tall actor had been married to Elizabeth Rogers from 1993 to 1998. Rogers had been an agent for the American apparel company, Calvin Klein when the two tied the knot in August 1993. Together, the pair has two children; sons Emmett and Odell Berg. 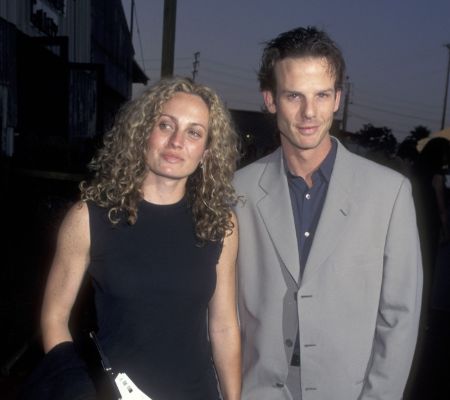 After his split with Rogers, Peter has been linked with other women. In 2002, Peter was spotted cozying up to actress and model, Estella Warren. They broke off their relationship in 2006 after four years together.

After Peter’s split with Estella, he was rumored to be seeing the actress and comedian, Whitney Cummings, in 2012. Their relationship could not last either, and they broke up soon thereafter.

Since then, the director/producer/actor has been seen out with a mystery lady; however, nothing concrete about the woman or their relationship has ever come out.

Besides being a bona fide filmmaker and prestigious actor, the 55-year-old is also a fitness enthusiast and works out rigorously even at his age. His workout regimen also involves boxing, which he has been indulging in since he was 14.  When he is not busy making movies, Peter can be seen pumping iron and working up a sweat.