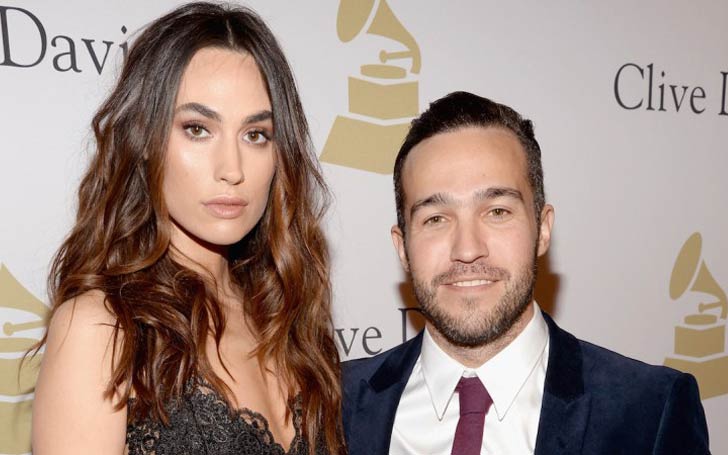 Musician Pete Wentz has welcomed his second child, a baby girl with his girlfriend, Meagan Camper on Sunday, 13th May.

The 38-year-old The Boy with the Thorn in His Side writer revealed the birth of his daughter in an exclusive statement to People. He said,

We are so happy to welcome Marvel Jane Wentz into the world. Her brothers are both very excited about their brand new kid sister.

Later he announced the new arrival of his daughter through Instagram with an adorable snapshot of him with his family in the hospital.

"So excited to introduce Marvel Jane Wentz. Feeling so grateful that she's here...annnnd she's already ready to take over the world," the rocker captioned the picture.

So excited to introduce Marvel Jane Wentz. Feeling so grateful that she’s here... annnnd she’s already ready to takeover the world  happy Mother’s Day @meagancamper and all the moms out there. We you.

Marvel is the third child and first daughter of the rock artist Wentz. He is already a father to his 9-year-old son Bronx Mowgli with his ex-wife Ashlee Simpson. He also has a son Saint Laszlo with Camper whom they welcomed in August 2014.

Wentz and Camper announce they were expecting their second child together on New Year's Day with a photo on Instagram featuring their kids Bronx and Saint holding a box wrapped in pink paper and a bow.

Happy New Year! We’re kicking the year off with news of the best gift yet:  coming to our family in 2018... love Pete, Meagan, Bronx and Saint.

The pair began dating in 2011 shortly after Pete divorced his wife Ashlee. Pete was married to Simpson for three years and was in a relationship for over 5 years before he cut the tie with her.