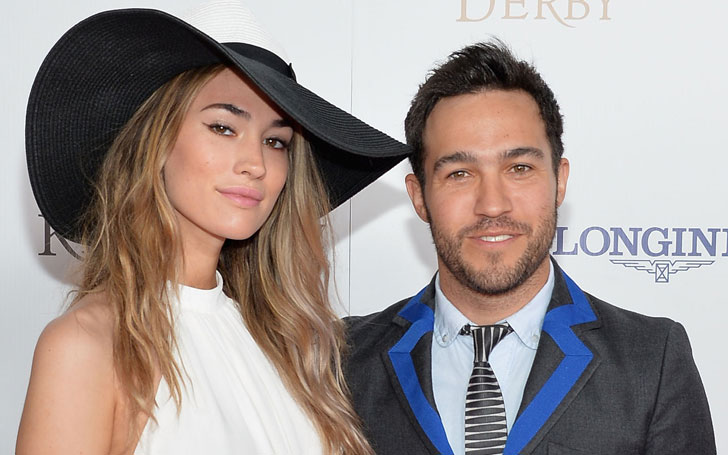 Fall Out Boy bassist Pete Wentz and his girlfriend Meagan Camper are expecting their third child together. The musician and his model partner Camper announced the happy news on Instagram on the New Year.

The 38-year-old singer took a beautiful snap of their two kids where their younger child holding a gift box announcing the 28-year-old model's pregnancy. Wentz captioned the snap as:

Happy New Year! We’re kicking the year off with news of the best gift yet: ???? coming to our family in 2018... love Pete, Meagan, Bronx and Saint.

Wentz also disclosed they are expecting a baby girl together. They welcomed their first child (Wentz's second), a son on  August 21, 2014.

Wentz and Camper have been dating since 2011 and have a son, Saint Lazslo, together. In an interview last month, Wentz hinted that the couple is planning to marry this year. Then he said,

I think so. I mean, we talk about it a lot. I feel really lucky. It's, like, really interesting [to be] in a relationship with someone who is truly my best friend.

Like, I talk to her about everything. She will tell me when I'm being not so insane, and sometimes she's like, 'You're being a little bit insane.' It's very helpful.

Wentz is already dad to his son Bronx with his ex-wife Ashlee Simpson. His married relationship with his ex-wife ended after three years of marriage in 2011. Last month, Simpson, 29 announced that she is engaged to boyfriend Evan Ross.