Spanish Actress Paz Vega is Living Happily With her Husband Orson Salazar and Children, Details On Their Married Life Here 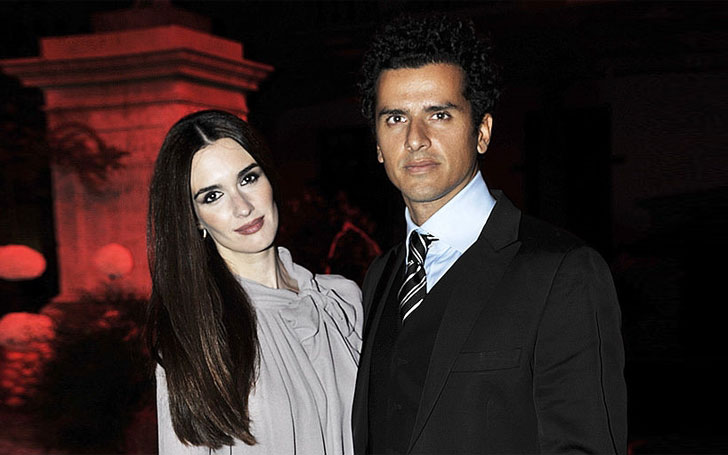 Spanish actress Paz Vega who served the film industry for over 20 years was recently awarded the Jaeger-Lecoutre Award of the Latino Cinema. The actress appeared in the event alongside her husband of 15 years, Orson Salazar.

Vega and her husband Orson Salazar make an adorable couple. They are together since 2000 and are an excellent example of a happily married couple. We're discussing more on this duo below.

Paz Vega and Orson Salazar are currently celebrating fifteen years of blissful married life. Vega and her Venezuelan husband first met during a vacation on a Spanish island.

The couple started dating back in 2000, and after dating for about two years Paz Vega and Orson Salazar decided to take their relationship to the next level. Orson Salazar and Paz Vega in an event at Soho House

Forty-one years old Spanish actress Paz Vega and her husband Orson Salazar tied the knot in 2002. After five years of marriage, the couple welcomed their first child Orson in 2007. Their second child Ava was born in 2009 and third child Lenon was born in 2010. Paz Vega and Orson Salazar with their daughter

Paz Vega and her husband Orson Salazar frequently appear in different events together, they share these moments on their respective Instagram accounts.

Recently, the couple appeared together in the Jaeger-Lecoutre Award held in San Sebastian, moments from which Salazar shared on his Instagram.

Besides attending events together, Vega and Salazar also love spending quality time together with their children. The couple enjoyed a vacation with their kids in Siam Park this August, Salazar shared some moments from the trip in one of his Instagram posts.

It is quite evident from the pictures that Vega and her husband Salazar share a strong bonding with their children. Aren't they such a perfect couple?

Actress Vega started her career from television. She first appeared on the Spanish TV series, Menudo es mi padre. She then did two other series; Más que amigos and Compañeros.

Following her success in television, she made her film debut with Zapping in 1999. She rose to fame after her performance in 1999's 7 Vidas. Following the success, Vega did the movie Sex and Lucia in 2001. Vega was seen in a supporting role in the film Spanglish in 2004. She then appeared in several other films like 10 Items or Less, The Spirit, and Vallanzasca –The Angels of Evil.

She also served as a model for several companies; Vega had a contract with 1/One Management in New York City. Paz Vega then became the face for L'Oreal Spain in 2011 replacing Penélope Cruz.