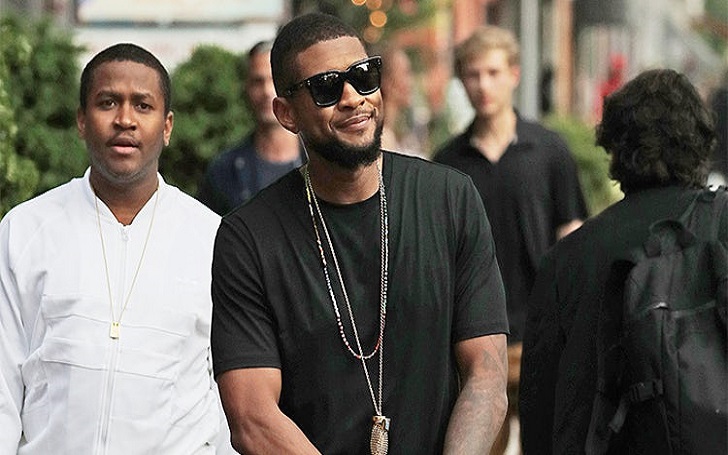 R&B star Usher is in some legal troubles. Three fans alleged that the OMG singer exposed them to the risks of Herpes. Quantasia Sharpton, one among the three accusers, shared her hotel room adventure with Usher two years ago in New York at a news conference on the occasion of her 19th birthday.

Sharpton in her statement regarding her lawsuit said:

I am doing this so that he does not do this to anyone else. Usher, if you are negative, please say so. If you are positive, you need to warn your sex partners, so that they can make their own informed decisions.

She has tested negative for Herpes.One among the two remaining accusers stated as Jane Doe and John Doe in the court papers has herpes, according to their attorney, Lisa Bloom.

The lawsuit asks for compensation in the form of money for exposure to the virus and requires Usher to inform his partners of his health situation beforehand. The plaintiffs filed the case in Los Angeles.

This is, however, not the first time Usher has come around a lawsuit concerning herpes, it was reported that he settled a lawsuit of this very nature for $1.1 million with a celebrity stylist. Reportedly, the eight-time Grammy winning artist was first diagnosed with Herpes' virus back in 2009/2010 after he divorced Tameka Foster, his first wife.
The plaintiffs' attorney, Lisa Bloom, said that the encounters with her three clients took place after Usher's first settlement. Usher Raymond IV who is currently married to Grace Miguel has yet to comment on this situation.

TMZ has come about with details that point out Sharpton, one of the accusers, who goes by the name Angel Valentino online wrote a Facebook post that read “I need some money” just days before she met the celebrity attorney Bloom.