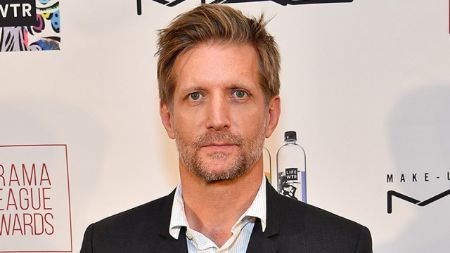 Paul Sparks is an American actor famous for playing the role of gangster Mickey Doyle in the HBO period drama series Boardwalk Empire (2010–2014). He is also recognized for his acting skills in House of Cards, The Girlfriend Experience, The Night Of, Stealing Cars, and Parkland.

Paul Sparks was born Paul W. Sparks on October 16, 1971, in Lawton, Oklahoma, the United States. His father is Mike Sparks while the mother is Jane Sparks. He is the cousin of the actor Jon Bielich.

Sparks' graduated from Marlow High School in 1990. He earned a scholarship at Oklahoma State University and studied chemistry. Later, Paul transferred to New York University's Tisch School of the Arts and in 1995, earned a Bachelor of Fine Arts degree in drama.

In 1998, Spark began his professional journey with the television series Trinity. Then, she appeared in films and series as Law & Order, Headspace, The Treatment, Brotherhood, Blackbird, The Understudy,  2009The Missing Person, Underemployed, and Parkland. 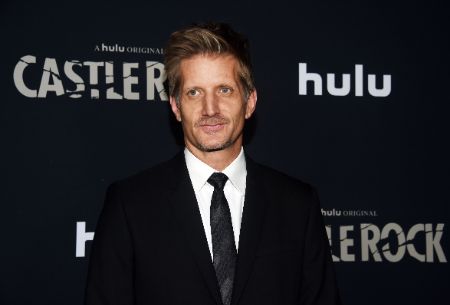 From 2015 to 2018, Sparks was also in the limelight for featuring as Thomas Yates in the political thriller web series House of Cards starring Kevin Spacey, Robin Wright, and Michael Kelly. He would appear in the post-production film Hands that Bind.

Besides that, Paul's stage credit includes Coyote on a Fence, Take Me Out, Orange Flower Water, Landscape of the Body, Hedda Gabler, Buried Child, Edward Albee's At Home at the Zoo, and many more.

So far, the House of Cards actor has altogether 55 acting credits. Paul Sparks has an estimated net worth of $4 million in October 2020. With his flourishing career, he earns a decent sum of salary.

Sweetbitter actor Spark is a happily married man and a proud father. He exchanged his wedding rings with actress Annie Parisse.

The couple met for the first time in 2005 and eventually started dating. However, the marriage details of the duo are still missing. 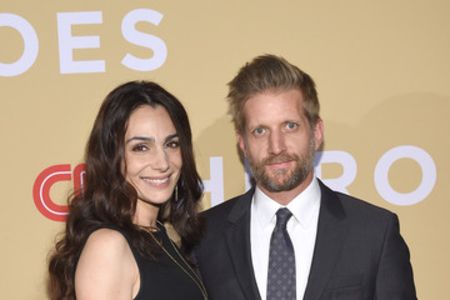 Together, the pair welcomed their first child, son Emmett in October 2009. Later, the couple completed their family after their second baby, daughter, Lydia in 2014.

Currently, Spark and his wife Parisse is living a happy life with their children.