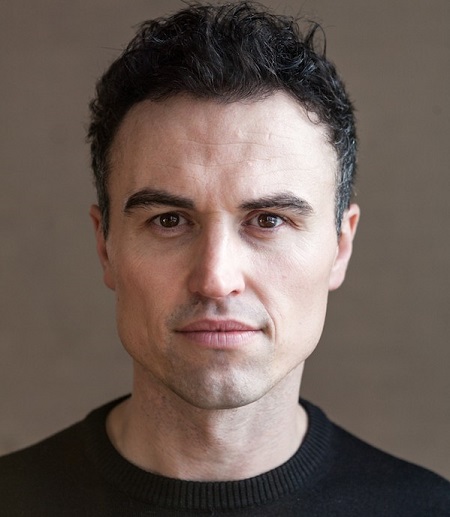 Paul Amos is a rising Welsh actor and web series producer who is famous for appearing in movies like Sex After Kids, Duty Calls, and Gridlocked. Similarly, the 45 years old actor has appeared in television series like Lost Girl, Degra s si Goes Hollywood, Mudpit, Designated Survivor, Combat Hospital, among others.

Where Does Paul Reside?

Paul was born Paul Roger Amos on 6th March 1975, in Pencoed, Wales. His nationality is Welsh and belongs to Caucasian white ethnicity. Paul is 45 years old, as of 2020.

The actor studied at the Welsh School Ysgol Gyfun Llanhari. He then attended the National Youth Theatre of Great Britain and was also enrolled at the London Academy of Music and Dramatic Art.

Back in 2005, Paul moved to Toronto, Canada, and now resides in Stratford, Ontario.

What Is Paul’s Current Relationship Status?

The 45 years old web series producer is a married man. The actor belongs to the group of celebrities who prefers to keep their personal life away from the media.

Paul Amos’s wife is Danielle Brodhagen. Danielle is a manifestation mentor who is a self-made multimillionaire. 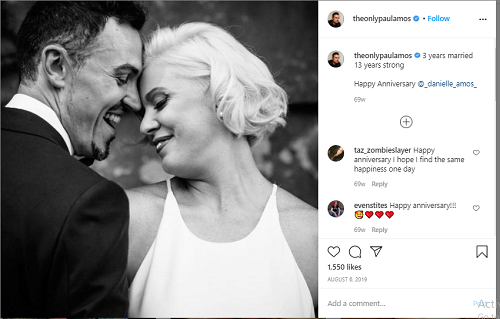 As per sources, the couple tied the knot in a private wedding ceremony on 6th August 2016. As per his Instagram post, they dated for a decade before taking their relationship to the next level.

Together, the couple shares a child, daughter Elloise Amos.

As mentioned above, Paul is a secretive celebrity who has not disclosed much information about him. Likewise, he also has not opened up about his earnings and net worth.

However, as per sources, Paul enjoys a lavish lifestyle alongside his multi-millionaire wife. His net worth, as of now, is reported to be around $2 million.