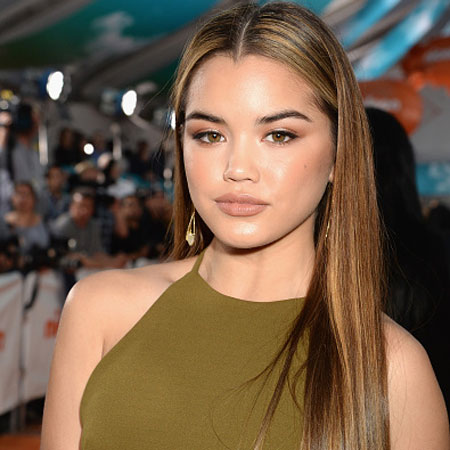 Born and raised in Milwaukee, Wisconsin, Paris Berelc is a rising actress and model. The actress came to limelight after she landed the main character Skylar Storm in the Disney XD television series Mighty Med. She also respired the role in Lab Rats: Elite Force. In 2018, she appeared on Netflix’s series, Alexa & Katie. As a model, she has worked in over hundreds of commercials several prime brands including Kohl's, Sears, Boston Store, Sears, and K-mart. She also competed in gymnastics for around 9-year becoming a level 10 gymnast and winning several competitions and championships throughout her long gymnastic career.

Paris Berelc was born on December 29, 1998, in Milwaukee, Wisconsin, United States. She holds American nationality and ethnicity wise, she is White American.

Berelc grew up in the suburbs of Milwaukee along with his three younger sisters. She did her schooling from the Milwaukee’s local school. She started dancing at the very early age of 4.

Paris Berelc began training for gymnastics when she was 6. During her around a decade career in gymnastics, she competed in a number of tournaments and won several competitions and championships.

After putting her gymnastic career on hold, Paris Berelc made her transition into modeling. The international modeling agency Ford Models discovered her when she was just 9. And later appeared in hundreds of commercials for brands such as Kohl’s, Boston Store, K-mart, Sears, and several of singers/posters in stores.

CAPTION: Paris Berelc is an actress and model SOURCE: m-magazine

Berelc also featured on the cover of the American Girl for their November and December issue of 2009. After training for some time at the Acting Studio Chicago, she moved to Los Angeles with the aim to pursue her career in acting.

Berelc made her professional acting debut in 2013, after landing the main role as Skylar Strom in the Disney XD original series Mighty Med. She played the role for two years in the series. She also appeared in the Just Kidding (2014), Invisible Sister (2015), and Lab Rats: Elite Force (2016).

In 2018, Berelc made her appearance in a Netflix original sitcom Alexa & Katie sharing the screen alongside Isabel May.

Some of Paris' successful series are listed below

Paris Berelc’s Net Worth And Height

Berelc has earned a good amount of money from her career which as per the estimation made by various online sources, is believed to be over $0.9 million. She is also a professional model and receives around $97734 per year.

Berelc’s main sources of income are her growing acting and modeling career. Besides, she started a self-titled YouTube Channel in 2015 where she has garnered over 6k subscribers. She has also a considerable fan following on her Instagram account which is also her major source of income.

Paris Berelc is not married yet and neither has any child. The model and actress is in a relationship with her boyfriend an American actor and singer, 21, Jack Griffo, since 2017. The couple started dating on 4th February 2017. She confirmed her relationship with Jack through many Instagram posts.

The power couple also shares the same profession and Berelc’s boyfriend Griffo also disclosed that it’s good dating someone who has the same type of career as him.

“I love having someone that is easygoing and caring,” he adds. “We’re both doing the same thing, I’m starting Thundermans this summer again, and she’s starting her new show.”

The pair shared a number of pictures of them on their social media in which they seem romantically engaged with each other. Prior to dating Jack, she previously dated a few guys. Firstly, she was romantically involved with the Lost actor Aramis Knight.

The couple started dating in 2014, however, the relationship between them didn’t last long as they broke up after two years of dating. Following their break-up, she finally got engaged to another American actor Peyton Meyer in 2016. Sadly, she split-up with Meyer in the following year.

Here are the five interesting facts about Paris.