How much American Actress Paris Berelc, 19 earns? Details of her Net worth and Properties 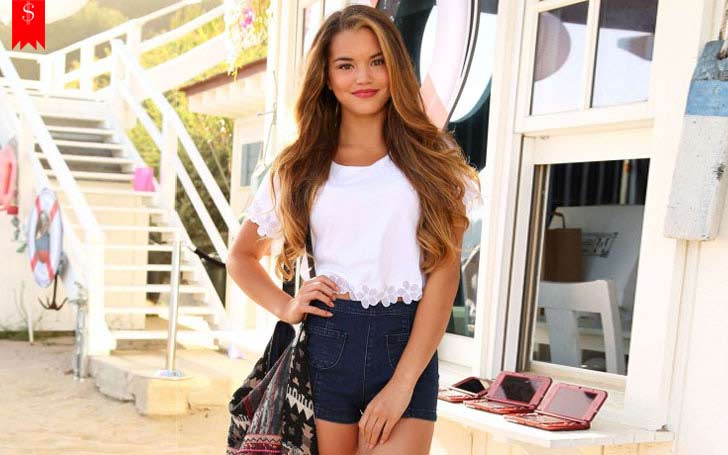 Actress Paris Berelc who started her career as a model at the age of nine, along with popularity has also earned colossal net worth from her rising acting and modeling career. Berelc rose to fame from Disney XD series Mighty Med and Lab Rats: Elite Force.

How much has Berelc accumulated from her career? We have all details about her income and lifestyle here.

How Much Is American Actress Paris Berelc's Net Worth? What Are Her Sources Of Income?

Reportedly, Paris Berelc's estimated net worth is $ 0.9 million which is, however, not an official figure as the 19-year-old young actress hasn't confirmed her net worth.

Her growing acting and modeling career are Berelc's main sources of income. Berelc has performed in over hundreds of commercials several brands including Kohl's, Sears, Boston Store, Sears, K-mart, and in several signage and posters in stores. Further, she was also featured on the cover of the American Girl magazine. Berelc has also performed in several Disney XD series Mighty Med, and it's spin-off Lab Rats: Elite Force and Invisible Sister. She also worked as a co-lead role in Netflix Original comedy series, Alexa & Katie which is due to release on March 23, 2018.

Like every other celebrity, Berelc also lives a lavish lifestyle. She loves spending her money on expensive and branded items.

She also loves partying a lot and has been spotted in several VIP parties and red carpet events.

Berelc also visits several new places in her free time and goes on vacation with her friends and family.