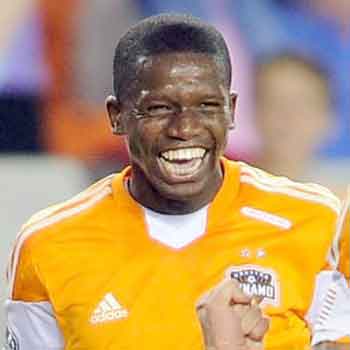 Oscar Gracia, full name Oscar Boniek Gracia Ramirez is a Honduran footballer who is palying for the Current team of Amjor League Soccer club, Housten Dynamo and the National Team of Nation Honduras. He was  born in September 4 , 1984 in Tegucigalpa, Honduras. He plays as Right Winger.

Gracia played for Real Patepluma in in Youth age since 2003. He made his first senior play on August 10, 2003 with Real Patepluma, losing 4-1 to Atletico Olanchano. In 2004 he moved to Olimpia of Honduras.  He played there until 2006.He then in 2006 moved to Marathon of Honduras and played there until 2007. He also went for a 15-trail with Paris Saint Germain , a French club and appeared in the two friendly  matches with the team that toured Portugal and played against Vitoria Guimaraes and Benfica. He moved to Olimpia again in 2007. Throughout August 2009, it was reported that he would travel to Wigan Athletic of the English Premiership, to sign a contract with the club along with him colleague Honduran, Roger Rojas. The contract was not signed and so he stayed with Olimpia.

Gracia played for the first time for Honduras National team in July 2005 in afriendly match against Canada . He has earned , as on December 2012, a total 73 caps and scored three goals. He has played in 11 FIFA World Cup qualification matches. He has also played at the 2007, 2009, and 2011 UNCAF Nations Cups. He also palyed 2005, 2007 and 2011 CONCACAF Gold Cups. He was non-playing squad at the 2010 FIFA World Cup in South Africa. He expected in 2014 FIFA World Cup being held in Brazil to play something profitably for his country.

Gracia was given the middle name Boniek in the honour of the famous Polish international footballer, Zbibniew Boniek. Gracia chose to print Boniek in the jersey he played for Houston.

Gracia is 1.75 m taller in Height and has 72 kg body Weight. His father and all three brothers  as a siblings were also footballer. He was born in a footballers family. He was born at thet time when stars shone brightly on football’s world.

With Housten Dynamo , they won MLS Eastern Conference in 2012.

With the Honduras National Team , they won Copa Centroamerica in 2012.

Individually, he has been honored with MLS Latin Player of the Year ( Latino del Ano) in 2012.