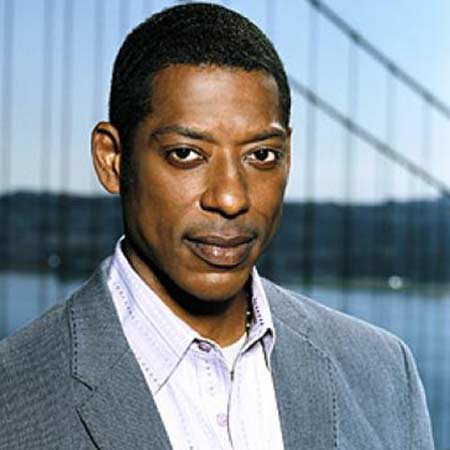 Born and raised in Toulminville, Alabama, Orlando Jones is an American comedian and actor. He is best known for his role as the 7 Up spokesman from 1999-2002. He was an original cast member of the sketch comedy series MADtv. His works like Father of the Pride, The Adventures of Chico and Guapo, Black Dynamite,  Runaway Jury is thoroughly popular as well.

Orlando Jones was born on April 10, 1968, in Toulminville, Alabama, the U.S. His father was a professional baseball player but Jones was never interested in the game. He moved to Maulida, South Carolina and graduated from Mauldin High School in 1985.

He first acted in a haunted house to raise money for the junior/senior prom. Then he attended the College of Charleston, South Carolina but dropped out in 1990.

Orlando Jones founded a production company,  Homeboy's Productions and Advertising along with comedian Michael Fechter. The duo worked on several projects and was associated with various brands. In 1987, Jones got his first Hollywood job in NBC comedy, A Different World as a writer, he also had a small guest appearance in the season five finale.

Jones composed the Fox series, Roc in 1991-92 and co-produced The Sinbad Show. He rose to fame after starring in the MADtv in 1994. The series was commercially successful and helped him gain public attention. However, after two seasons, he left the show at the end of its 2nd season in order to pursue his movie career.

Orlando Jones made several television appearances, however, he got recognition for his humorous commercials for soda company rather than TV series. In 2000, he became the spokesperson for 7 Up and gained international fame. He hosted an HBO First Look special in 2000  and then in 2003, he featured on The Bernie Mac Show and on Girlfriends.

Jones is also known for his voice-over in animated films and TV series. In 2004, he lent his voice in NBC anime TV series, Father of the Pride.  He was hired as a principal actor in the FOX television series Sleepy Hollow in 2013.

Orlando Jones is a quite popular name in Hollywood, he is active in the industry since 1987 and appeared in numerous films and TV series. As per Celebrity Net Worth, Jones' estimated net worth is $5 million and according to The Richest is $3 million. He earned between $500k-$900k for his appearances on Television and films. He made more than $50k from voice over.

He became the spokesperson for 7 Up for nearly three years and he made a huge sum from the commercials after its success. Some of his highest grossing movies are,

Orlando Jones is happily married to his longtime girlfriend, Jacqueline Staph who is a former model. The duo exchanged vows on January 2, 2009, at a private ceremony at the Hotel Bel-Air in Los Angeles. Jones proposed Staph in 2008 with a nearly century-old platinum engagement ring. The couple is blessed with a daughter.

In October 2011, he faced criticism after he tweeted someone should kill former Governor of Alaska and Vice Presidential candidate Sarah Palin. After few days, he apologized via his facebook where he said,

This has gotten way out of hand. The tweet I posted on October 22nd has upset a lot of people. For this, I apologize. I pray that no harm to comes to Governor Palin. I'm not a political pundit and I certainly don't believe in murder. I think laughter is great medicine. I'd love to elevate the conversation but no one seems interested in that. So I'll keep on going for smiles even when I miss by a mile :-).

Check out the video of Orlando Jones interviewed at  Rich Eisen Show studio,