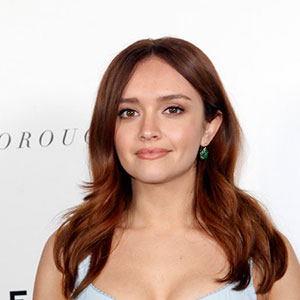 Olivia Cooke is a British born award-winning actress who has already become one of the most talented young actors in the fiction and horror genres. She abandoned her education in order to pursue a career in acting which she started by appearing in commercials and music videos. She has won multiple awards and has been nominated for several more awards for her performances.

Olivia Cooke was born Olivia Kate Cooke in Oldham, Greater Manchester on 27 December 1993. She was born under the star sign of Capricorn which defines her personality as an ambitious, wise, disciplined, patient, and a cautious person. She was born to father John Cooke and mother Lindsy Cooke. Her father is a retired police officer and her mother works as a sales representative.  She is Caucasian regarding her ethnicity and British by nationality.

Her parents divorced when she was a child, and she and her younger sister, Eleanor Cooke started living with their mother. She studied at Royton and Crompton Academy and studied drama at Oldham Sixth Form College. She left her education just before her A-levels completed to appear in Blackout, a three-part British television drama series.

Cooke started her acting career at the tender age of 8 at Oldham Theatre Workshop, Greater Manchester. She worked as the part of the ensemble at the theater for years before she got her first stage role as Maria in Oldham Sixth Form College's production of West Side Story. After this, she landed her first and last lead role at the theatre in Prom: The Musical, a remake of Cinderella.

She secured her first local talent agent in Manchester when she was 14 who got her parts in commercials. In 2012, she appeared in One Direction’s Autumn Term tour video in which, she was piggybacked by Harry Styles. This boosted her career as well as helped her in getting the opportunities to work with Liam Payne, Zayn Malik, and Niall Horan.  After this, she started working in the series Blackout, in 2012 after a casting director next door to her agency determined to get her role in the series.

He first major project was The Quiet Ones, where she stood out from all the people that auditioned including top European actresses. Her second feature film was The Signal where she worked with Brenton Thwaites and Laurence Fishburne. After the movie, she made her name in the horror and fiction genre with her performance in various horror projects such as Ouija. Meanwhile, Cooke is set to work alongside Oscar Isaac, Olivia Wilde and Samuel L. Jackson in the Dan Fogelman relationship drama film Life Itself.

Olivia Cooke has already made her place in a high rated stars' list within a short period of time. She has earned a decent amount of money from her acting career and from different projects. According to some tabloid sources, Olivia Cooke's net worth is estimated to be around $2 million. According to Payscale, an average actress earns about $40,000- $51,000 per year.

Apart from this, she has remained secretive about her earnings. She has been a part of several Box Office hit films like Ouija which grossed over $103,590,271 worldwide.

Cooke has been dating an actor Christopher Abbott since 2015. Many sites and their fans speculate that the couple may have met for the first time when they worked together in the indie film Katie Says Goodbye.

The film’s plot revolves around a waitress who falls in love with Abbott's character who is an ex-convict. After the film, the couple was frequently spotted together. She has kept her lips sealed about her relationships and affairs prior to Abbott.

Before her relationship with Abbott, she dated Alex Roe for a short period of time, however, both Roe and Cooke rarely talk about their relationship.