Seiyu Award-winning Japanese voice actor Nobuhiko Okamoto is widely noticed for his voiceover in countless TV series animes such as My Hero Academia, Chrome Shelled Regios, and A Certain Magical Index. Besides voicing acting, he is a singer who has released albums like Palette, which ranked #10 in the Oricon Chart.

How Tall Is Nobuhiko Okamoto? What's His Age?

Nobuhiko Okamoto was born on October 24, 1986, and raised in Tokyo, Japan. He is 34 years old as of writing this article. His nickname is Noburin.

His height is about 168 cm, which is 5 feet 6 inches. He possesses Asian ethnicity, and his nationality is Japanese. He is a certified shogi player who holds the Shogi Certification in 3rd dan.

Net Worth In 2021 - Voice Acting Career in Detail

Seiyu Award-winning voice artist has ama s sed a major part of his income through voice acting and music career. As of 2021, he is estimated to have a net worth of $1.6 million.

He is a contracted worker of the organization Pro-Fit Inc, a talent agency. Similarly, he also works for big companies like Lantis Co., Ltd., Kiramune, and Bandai Visual Co., Ltd.

Noburin also gains good payment from his album sales, sponsorship, and endorsement. To date, he has more than 150 voice-acting credits under his name so far. 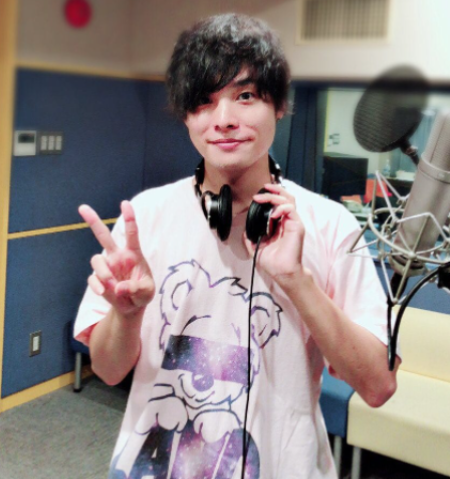 For his voiceover of Accelerator in A Certain Magical Index, Shin Kanzato in Persona: Trinity Soul, and Ryuji Kuhoin in Kure-nai, the actor won the third Seiyu Award for the best rookie actor.

Similarly, he won the fifth Seiyu Award for the supporting characters of his voiceover of Takumi Usui in Maid Sama!, Eiji Niizuma in Bakuman, Accelerator in A Certain Magical Index.

Some of his most notable voice performances include YÅ« Nishinoya in Haikyu!!, Katsuki Bakugo in My Hero Academia, Ghiaccio in JoJo's Bizarre Adventure, Karma Akabane in Assa s sination Cla s sroom, Isaac "Zack" Foster in Angels of Death, and more.

Apart from his voiceover career, he also released his debut albums titled Palette, which ranked #10 on the Oricon Chart. His second album titled Enjoy Full was let off in 2013.

His other released albums are Parading, Happiece, 8piece, Chaosix, and trust and play. He published his first track called 'Shunkan Beat' in March 2014.

The 34-year-old voice actor is married to his sweetheart Asuka ÅŒgame, a voice actress from Hiroshima Prefecture. The two tied the knot in 2020, after dating few times. 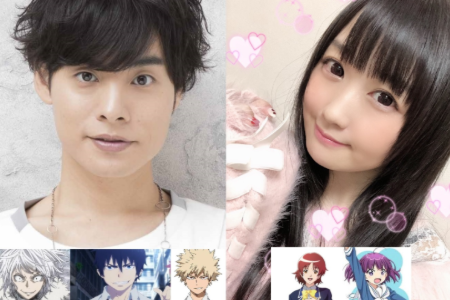 The actors officially confirmed their marriage via Twitter. The pair is yet to share their first kid.