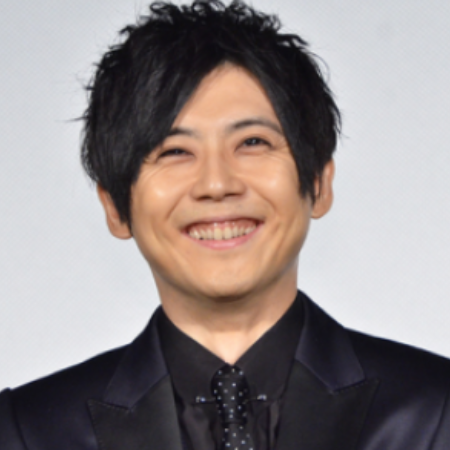 Yuki Kaji is a Japanese actor, voice actor, and singer who started his professional career back in 2004. He is widely popular for his voiceover in countless animes, including Eren Yeager in Attack on Titan, Lyon Vastia in Fairy Tail, Issei Hyodo in High School DxD, Shu Ouma in Guilty Crown, Shoto Todoroki in My Hero Academia, and more. Furthermore, the voice actor has won three Seiyu Awards.

Yuki Kaji was born on September 3, 1985, in Tokyo, Japan. He spent most of his childhood part in Saitama with his younger sister.

For his education, he went to Saitama Kenritsu Sakado High School and graduated there. As of writing this article, he is 35 years old.

He holds Japanese citizenship, and his ethnicity is Asian. His name is Yu-tanKaji-kyun. He stands at the height of 5 feet 7 inches (170 cm).

Professionally turned since 2004, he has more than two hundred voiced credits in Japanese TV series animes under his name so far. 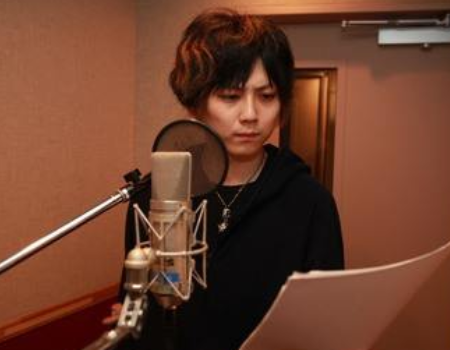 He became popular worldwide for his voiceover in hit animes, including Eren Yeager in Attack on Titan, Lyon Vastia in Fairy Tail, Issei Hyodo in High School DxD, Shu Ouma in Guilty Crown, Shoto Todoroki in My Hero Academia.

Some of his other major voiced credits in popular animes are K, Pokemon: XY, Noragami, Nisekoi, Kamigami no Asobi, Haikyu!!,Tokyo Ghoul, Laughing Under the Clouds, The Seven Deadly Sins, among others.

The 35-year-old voice artist is also remembered for his live-action work in Kami Voice: The Voice Makes a Miracle, Piple: A.I. to Kekkon Seikatsu Hajimemashita, and Kikai Sentai Zenkaiger.

The renowned voice actor Yu-tanKaji-kyun married his girlfriend-turned-wife Ayana Taketatsu on June 23, 2019. She is also a voice actress and singer.

Their marriage was officially confirmed via Twitter. The pair has also co-acted in the anime TV series High School DxD as Issei Hyodo and Koneko Tojo. 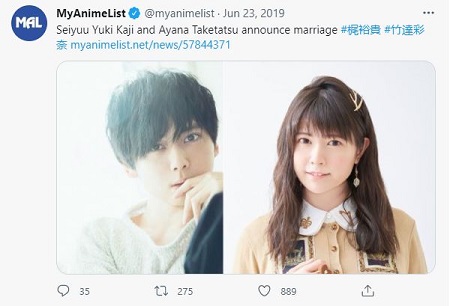 They already celebrate their two years of togetherness. However, the couple hasn't shared any children of their own yet.