Justin Briner is an American voice actor based in Dallas, Texas. He is well known for his voiceover in My Hero Academia as Izuku "Deku" Midoriya, Seraph of the End as Mikaela Hyakuya, Nanbaka as Nico, Black Clover as Luck Voltia, Dr. Stone as Ginro, and more. Besides, the actor has voiced many English dubbed versions of Japanese anime TV series with Funimation.

Justin Briner was born Justin Patrick Briner on August 23, 1991, in Baltimore, Maryland, the United States. He was raised with his younger sister, Hayley Briner.

Regarding his education, he enrolled at the University of North Texas before studying theater and working as a voiceover. As of writing this article, he is 29 years old.

The Baltimore, Maryland-born actor is believed to hold an estimated net worth of $1.5 million as of June 2021. His riches mostly comes from his career as a voice actor.

Currently, the average annual pay for a Voice Actor in the United States is $76,297 per annum, as per ZipRecruiter. So he might be earning in a similar or above range.

He made his voice acting debut in the anime Yona of the Dawn in 2015. The same year, he voiced Mikaela Hyakuya in the dark fantasy anime Seraph of the End. 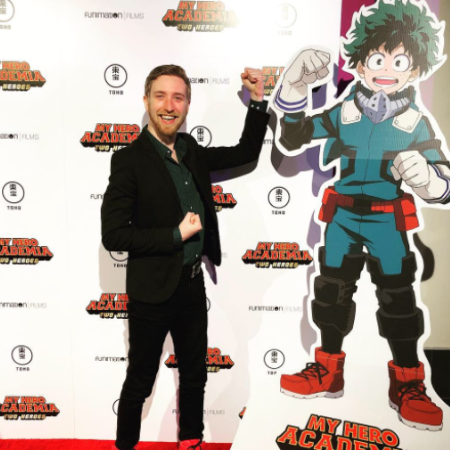 His other early anime series include The Heroic Legend of Arslan, Gangsta, Heavy Object, Ninja Slayer From Animation, Ultimate Otaku Teacher, and Snow White with the Red Hair.

Justin provided the voice of Kid Vegeta in the anime Dragon Ball Super in 2017. The same year, he voiced Haruki Mishima in the anime Convenience Store Boy Friends.

Does He Have A Wife? Is He On Social Media?

Well, the 29-year-old voice actor has not revealed anything about his relationship status till now. Due to the lack of details, he is a s sumed to be single as of now. 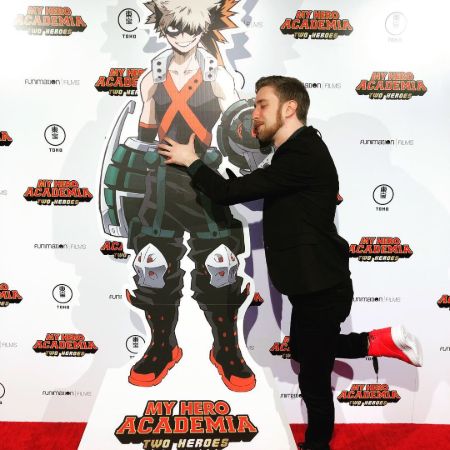 'My Hero Academia' voice actor is active on his self-titled Twitter, where he racked up 69.8 thousand followers. He often promotions his work and updates about his coming projects on his account.