No! Kit Harington and Rose Leslie Haven't Broken Up! Details About Their Affairs and Relationship History Here 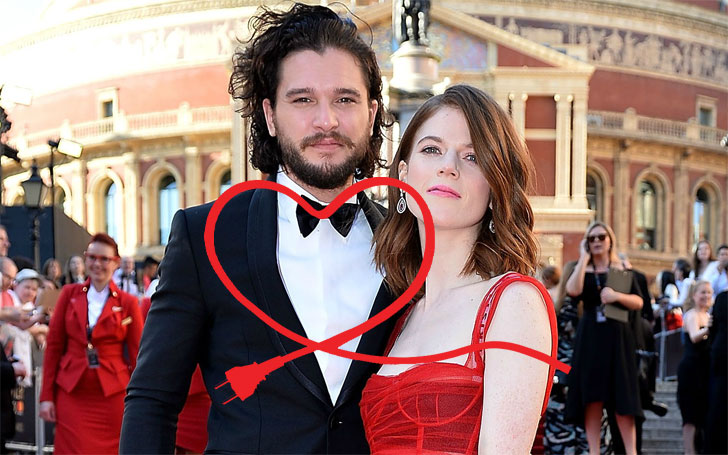 When you ship an on-screen couple, and they turn into a couple in real life, that is the ultimate delight for fans! The romantic connection between Kit Harington and Rose Leslie, who played each other's love interest in Game of Thrones has made many  GOT fans happy.

Rose Leslie's character on GOT, Ygritte,'s death made many fans sad for the Wildling-Snow duo; however, fans have now found comfort in John Snow and Daenerys Targaryen played by Emilia Clarke's relationship.

Kit Harington and Rose Leslie might not be together on-screen, but their real-life relationship is going great. Let's have a closer view in the romantic lives of the Hollywood's most favorite couple, Kit Harrington,   and Rose Leslie.

Kit Harington and Rose Leslie share a relationship since 2012. However, the couple maintained their relationship private until 2016.

Harington and Leslie first confirmed their relationship on the red carpet at Olivier Awards in 2016 where they appeared arm-in-arm and even shared a kiss.

According to Insider, Kit Harington and Rose Leslie first met on the sets of Game Thrones, in beginning of the second season precisely. The couple was first romantically linked back in 2012, and since then there has been news about their break-up many times.

If the rumors are to be believed, they share an on-again-off-again relationship. Kit Harrington and Rose Leslie are still together and dating.

The on-screen couple was first rumored to be dating in 2012 after TMZ spotted them together holding hands on a romantic date in a restaurant. However, after a year Harington and Leslie apparently broke up only to be romantically linked again in 2014 after they appeared friendly at LAX. 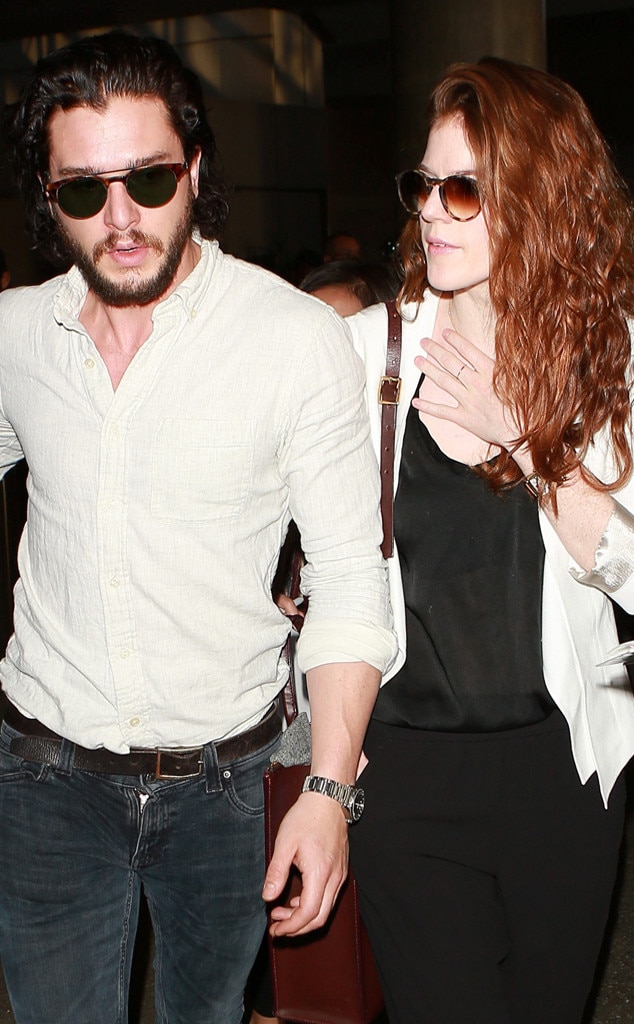 But in early 2015 Harington confirmed he is single in an interview with GQ. He said:

I'll never talk about any particular relationship I've been in. But I will say I'm single at the moment.

Later the same year, in August,  the couple was spotted together holding hands at Heathrow Airpot in London which one of their crazy fans also shared on his Instagram post on 25 August 2015.

He then captioned the shared picture:

Giving, even more, fuel to the fire, Harington, and Leslie also appeared kissing at the SAG Awards red carpet in January 2016. The on-screen couple finally confirmed their romance to the public at 2016 Olivier Awards. Harington told Vogue Italia in an interview that he fell in love with Rosie during the sets of the third season of Game of Thrones in Iceland.

Because the country is beautiful, because the Northern Lights are magical, and because it was there that I fell in love. If you're already attracted to someone, and then they play your love interest in the show, it  becomes very easy to fall in love.

Kit Harington is one of the lead actors of Game of Thrones which is an American fantasy drama television series on HBO. The series was premiered on April 17, 2011, and recently wrapped up its seventh series.

Kit Harington and Rose Leslie were also rumored to be engaged. However, the couples' reps denied the engagement. The couple has, however, planned to move in together.