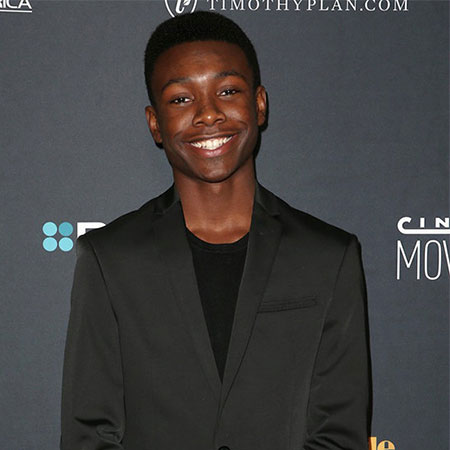 Niles Fitch grabbed both public and media attention since a young age of three. He signed his first agency and began his journey to a renowned model at the age of seven. He rose to fame after he performed the portrayal role of Deuce on the TV series "Army Wives." He also works as a recurring character in "Mistresses" and "This is Us."

Fitch's father was a financial advisor and mother is an attorney by profession. He also has a younger sister as his sibling. The family pa s sed through a great loss in 2014 when Fitch's father pa s sed away. He has kept his educational qualifications away from the limelight.

Niles started appearing in front of the camera from the age of 3 and has been active since then. He signed with Wilhelmina Models, an international top five agency at the age of seven and appeared in several commercial ads for the agency.

He then signed with J. Pervis Talent at the mere age of nine and made his theatrical debut in the musical I Dream as Young Martin Luther King. In 2010, Niles with his family moved to New York City to pursue his modeling dream.

In 2011, Niles was featured as Young Simba in Disney's The Lion King musical, North American Gazelle which won him the Denver Post Ovation Award for the Best Supporting Actor. Niles also played Young Simba on Broadway in 2012.

After his Broadway run, he joined the cast of Army Wives where he portrayed Deuce for 9 episodes alongside Philip DeVona, Caleb Barwick, Chris Peppe, James Bruce, and Ashanti among others.

After the show Army Wives ended in 2013, he made guest appearances in Disney's Best Freinds, Law and Order SVU, and The Unbreakable Kimmy Schmidt. In 2014, he also appeared in the comedy movie St. Vincent as Brooklyn.

As of 2019, Fitch portrays Randall Pearson in the NBC's hit series This Is Us. He landed the role Randall Pearson in 2016 and still working on the show as the recurring character. He appears alongside Milo Ventimiglia, Mandy Moore, Susan Kelechi Watson, Hannah Zeile, and Gerald McRaney on the show.

This year he will appear in the movie Miss Virginia which is in post-production and in 2020 he will make his portrayal in Disney movie Secret Society of Second Born Royals.

Net Worth And Earnings of Niles Fitch

Fitch has been active in the entertainment industry from an early. He has been secretive about his exact salary, however, sources estimated his net worth to be around $1 million.

Here is the list of his movies apperance which has earned a huge amount in the box office.

Besides acting, Fitch loves playing video games, basketball, sketching, and develop his photography skills. He is also a good singer and a dancer.

The 18-year-old young actor is focused on making his career and is not engaged in any kind of love affairs as of 2019. He is currently single and loves to remain under the radar when it comes about his personal life.

Fitch who stands at the height of 5 feet 11 inches tall. He has black hair and eyes.  He is an avid user of Instagram and has over 78.3k followers. Likewise, he has over 21k followers on Twitter and has over 2k followers on Facebook. Despite being active on social media, he rarely shares his personal stuff and girlfriends on his social sites.

Here is a video of Niles in an interview with Sister Circle Live.