Nika King was born on August 20, in Miami, Florida, United States. She belongs to African-American ethnicity and holds the American nationality.

King is one of six children. However, she has not revealed much information about her family. She was raised along with her five siblings.

Nika graduated from the University of Florida with a degree in Theatre Performance. After her graduation, she moved to Los Angeles, California for her career as an actress.

Made Her Debut From The Television Movie Miss Miami

Nika King started her career as an actress from the TV movie Miss Miami in 2002. The following, she appeared along with David Caruso, Emily Procter, and Adam Rodriguez in an episode of CSI: Miami. The actress got her first role in the silver screen from the movie Living the Dream in 2006.

The actress appeared in many television series as a guest artist including NCIS, Glory Daze, Modern Family, and 2 Broke Girls. In 2003, the actress worked as a co-producer for the television series Moms. In the series, Marta Cross, Samuel Caruana, and Keena Ferguson worked with the main role. 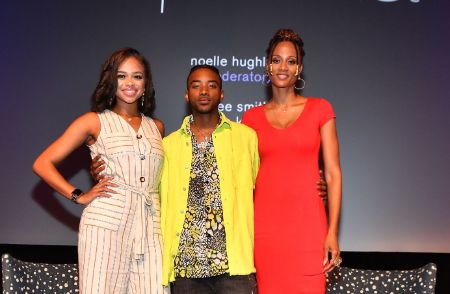 Nika King along with Noelle Hughley and Algee Smith at the premiere SOURCE: Getty Image

In 2016, she appeared in the television series Funny Married Stuff along with Lony'e Perrine, Peyton R. Perrine II, and Natalie Taylor. Two years later, she worked as a producer and writer in the same series. The actress worked along with Zendaya, Maude Apatow, and Angus Cloud in the 2019 TV series Euphoria.

What Is The Net Worth Of Actress Nika King?

Nika King has been working in the entertainment industry for more than 15 years. From her career, she has an estimated net worth of $1 million, as of 2020.

The major portion of her income is generated from her work as an actress in television series and feature films. However, she has not revealed much information about her salary and income she generated from her career. The average salary of an American actress is around $52,000 per annum.

What Is The Relationship Status Of, Nika King?

Nika King is yet to be married and she is not dating anyone officially, as of 2020. The actress kept her relationship a mystery, whether Kins has a boyfriend or living her life single. 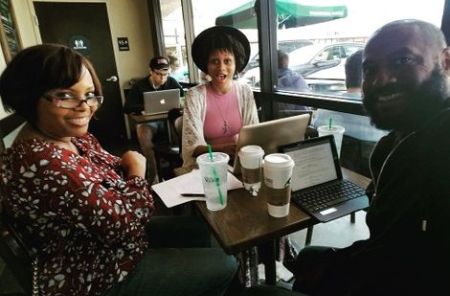 Nika King along with friends taking a break and enjoying coffee SOURCE: Instagram

The actress is busy working as an actress and living in Los Angeles for her career.