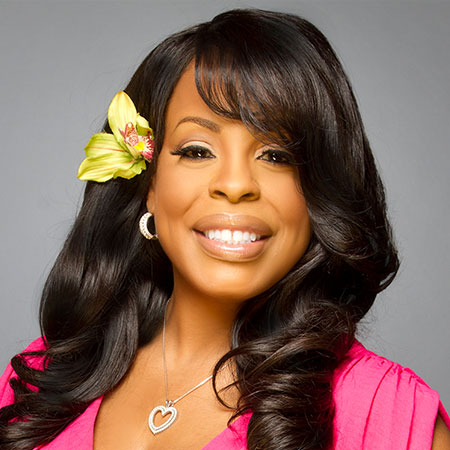 American comedian, model, actress, as well as a producer, Niecy Nash rose to fame from Comedy Central's comedy television series Reno 911! in 2003 and has worked steadily since then.

Further, she made her notable appearances on sitcoms such as The Soul Man and Getting On and even hosted the popular reality show Clean House.

Niecy Nash was born on 23rd February 1970 in Compton, California, U.S, to Margaret Ensley, and Sonny Ensley. She belongs to the Afro-American ethnicity and holds an American nationality.

Nash earned a degree in Theater from the California State University, Dominguez Hills.

The 49-year-old (2019) actress Niecy Nash made her acting debut with the 1995 American comedy-drama film, Boys on the Side as Woman at Diner. The same year, she appeared in an episode of the American television teen and family drama, Party of Five.

In 1999, she was selected for the role of Wanda Carter in the 1999 criminal comedy film, Cookie's Fortune, starring Liv Tyler, Julianne Moore, Charles S. Dutton, and many others. Nash was also cast as an African-American Bride in a romantic comedy film, The Bachelor in the same year.

In addition, from 2003 to 2013, Niecy Nash hosted a home makeover and interior design television show, Clean House for which she won and was nominated for several awards including, Daytime Emmy Award for Outstanding Special Cla s s Special in 2010.

In 2014, she portrayed the character of Richie Jean Jackson in the 2014 historical drama film, Selma, and won the Black Film Critics Circle for Best Ensemble and Black Reel Award for Best Ensemble. Similarly, she was nominated for NAACP Image Award for Outstanding Actress in a Comedy Series, The Soul Man (2012–2016).

Moreover, Nash made her guest appearances in many TV series such as  Rude Awakening, Judging Amy, CSI: Crime Scene Investigation, Half & Half, My Name Is Earl, RuPaul's Drag Race Season 2, Speechless, and many more. Further, she also voiced in  Kid Notorious, Slacker Cats, The LeBrons, and others.

As of 2019, Nash plays the lead role of Desna Simms in an American drama television series, Claws 2017, alongside Karrueche Tran, Jack Kesy, and Harold Perrineau, among others.

Niecy Nash's net worth is estimated to be around $4 million. As a multi-talented person, she was able to collect a decent amount of fortune from her professional career as an actress and a TV host.

Nash hasn't shared any earning details with the media yet, however, the average salary of an American TV host is $20.17 per hour.  So, we can speculate, that she earns in the same range.

Niecy Nash has been in a marital relationship with an electrical engineer, Jay Tucker for a long time. The couple first met at a Labor Day event which was held on the 4th of September in 2009. They exchanged numbers and eventually started dating.

The pair engaged on September 4, 2010, and a year later, they tied the knot on Saturday, May 28, 2011, at the Church Estate Vineyard in Malibu, attended by Brandi, Jerry O’Connell, Rebecca Romijn, Sherri Shepherd, Wendy Raquel Robinson, and Holly Robinson-Peete among others.

Previously, she was married to Don Nash on 14 May 1994 and shares three children, a son Dominic, and daughters Donielle and Dia. After being together for over thirteen years, they divorced in June 2007.