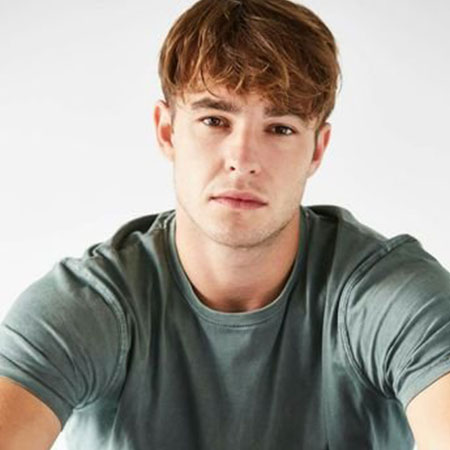 British actor, Nico Mirallegro is best known for his roles in Sopa opera Hollyoaks, My Mad Fat Diary, Common, and The Village. He is a very hardworking actor and was nominated for several awards which include, The British Soap Awards for Best Newcomer and British Academy Television Awards for Best Supporting Actor.

Nico Mirallegro was born on 26th January 1991 in Heywood, England to Maureen Mclaughlin. His mother is Irish, and his father is of Italian descent. Moreover, he belongs to the Mixed ethnicity and holds an American nationality. He has one sibling, Claudia Marissa Mirallegro.

Nico went to the boarding school outside the U.K. Later, he joined the Siddal Moor Sports College in Heywood, and the Manchester School of Acting to pursue his acting career.

After two years, Mirallegro left the show to follow other acting projects. He was cast as Giovanni Mannasori in 2010 British medical soap opera, Doctors. The same year, he acted in British drama series, Upstairs Downstairs as Johnny Proude for two years until 2012.

After appearing in several TV shows, he finally made his entry in Hollywood with the 2012 British comedy film, Spike Island as Dodge. He was cast along with Emilia Clarke, Elliott Tittensor, Nico Mirallegro, and others. In addition, his other movie credits are Shooting for Socrates, The Pass, and Peterloo among others.

In 2014, he was nominated for the British Academy Television Awards Best Supporting Actor in BBC TV series, The Village. Also, Mirallegro played a lead role Joe Middleton in the first season of the show. Further, Mirallegro has a lead role Finn Nelson in British comedy-drama television series, My Mad Fat Diary from 2013 to 2015. In 2016, however, she won the best actor awards awarded by the Gallio Film Festival for her appearance in The Habit of Beauty.

In Addition, he selected as to play the role of Harry for the stage shows at the Royal Court Theatre, London on 13 January to 1 March 2014. The same year, Mirallegro was also featured in a music video,  Tiny Ruins: Carriages.  Besides that, Mirallegro also worked in web-series, LOL as Cam Spencer form 2008 to 2011.

On a recent note, Nico appeared as Leo in the short movie, Redisplacement. Similarly, she is also currently busy in the shooting of her new TV series, Our Girl which will air in 2020. The show currently has six episodes. In the same manner, she is also busy filming for the movie, Burners as Kai.

Along with acting, Mirallegro also lent his voice in Radio shows. In 2015, he voiced the role of Orpheus in  Orpheus and Eurydice, and also nominated for  BBC Audio Drama Awards Best Actor. Likewise, his other Radio shows are 79 Birthdays, Over Here, Over There, and others.

The handsome hunk Nico Mirallegro has not revealed about his relationships and girlfriend in the media. Due to the lack of information and photos, we can assume that he is single.

Though he is active on social media, especially on Instagram,  he never showcases his personal life. It seems like we will have to wait a little longer to know about his relationship status.

A short interview of Nico Mirallegro