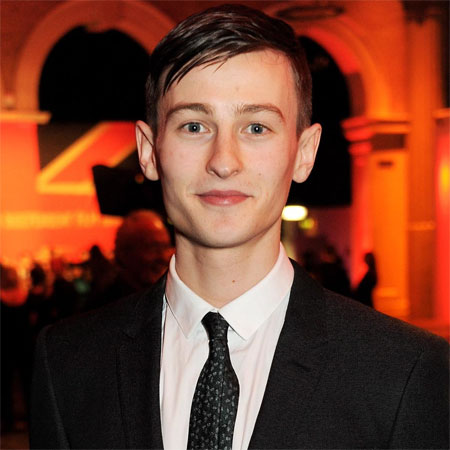 Tittensor is the identical twin brother of Luke Tittensor. Elliot has been in a relationship with English actress, Kaya Scodelario, it ended in 2013 with a dramatic court hearing.

Tittensor has an identical twin brother, Luke James Tittensor who is also an actor. He attended the Heywood Community High School along with his twin brother.

In 2009, Tittensor appeared in an episode of British television anthology series, ‘Moving On’. The following year, he featured in the short movie ‘Protect Me From What I Want’.

Tittensor then played the role of Scott Weston in ‘Silent Witness’. He also appeared as Luke in the short movie ‘Charlie Says’.

In 2012, Tittensor portrayed the main character Tits in British comedy film, ‘Spike Island’. The same year, he played as Martin Fenton in the drama movie ‘The Selfish Giant’.

In 2014, Tittensor appeared in two episodes of ‘Chasing Shadows’. He also did the short movie ‘Slap’ and British drama film, ‘North v South.’

In 2016, Tittensor acted in the short movie ‘Edith’ as well as the TV film ‘Reg’. A year later, he was cast as Highlander 2 in the Christopher Nolan's war film ‘Dunkirk’ starring Harry Styles, Tom Hardy, and Cillian Murphy among others.

Elliott Tittensor is unmarried and has no children yet. Previously, he was in a relationship with famous English actress, Kaya Scodelario. The pair started dating in 2009. They even appeared together in a video, ‘Stay Too Long.’ Scodelario had recently split with actor Jack O'Connell during the time.

Tittensor and Scodelario broke up in 2013. The couple separated after Tittensor threw a trainee plumber from his bonnet during a late-night show, as per the reports by dailymail. He wept in court as his ex-girlfriend spoke about their breakup.

Tittensor accused Mr. Flint of harassing his girlfriend and then jumping on his bonnet, while she was still in the fast food restaurant. The distressing incident led the couple to break-up.

The actor was handed six penalty points and was fined £750 following the incident after he admitted that he was driving without insurance. Mr. Flint also claimed him for damages for 'unlawful battery.'

Tittensor said the trainee plumber was drunk and harassed his girlfriend which forced him to drive off in self-defense. Finally, the decision came in the favor of Mr. Flint.

‘Shameless’ actress, Elliott Tittensor has earned a considerable amount of money from his career, as per some online sources, his estimated net worth is around $1.9 million.

Tittensor appeared in a number of movies and television series including, ‘Moving On’, ‘Protect Me From What I Want’, and ‘Chasing Shadows’ among others. She earned a good sum from these movies as well.

Tittensor was also a part of the movie Dunkirk that was made with the budget of $100 million. The movie was a big success grossing a tremendous amount of $525.6 million at the box office.