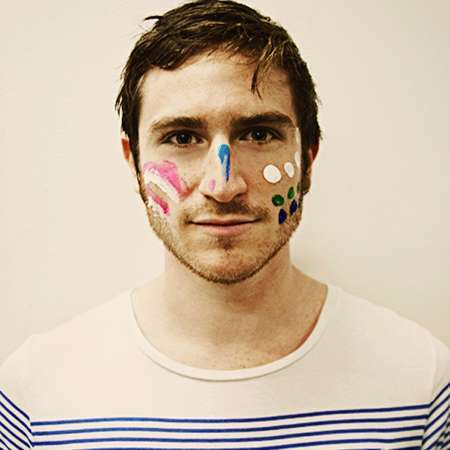 Nicholas Petricca is a popular rock singer from the United States. He is a founder, lead vocalist, as well as keys and synthesizer player for the pop/indie rock band, Walk the Moon. Petricca's band has been nominated for American Music Award several times. In 2015, they got nominated for New Artist of the Year, Favorite Alternative Artist, and Favorite Pop/Rock Band/Duo/Group.

Nicholas Petricca was born on February 16, 1987, in Cincinnati, Ohio, the United States of America under the birth sign of Aquarius. He was raised in Ohio by his American parents. He lost his father in 2017.

His nationality is American and belongs to the White American ethnicity.

His interest in music began at an early age and decided to form his own musical band. He studied at Kenyon College.

Walk the Moon: Albums And Singles

In 2006, Petricca collaborated with Kevin Ray, Sean Waugaman, and Eli Maiman and together they formed an American new rock band Walk the Moon in 2010. On November 16, 2010, they released their debut album called I Want! I Want!.

The album was a hit overall and many songs were loved by people all around the world. The song Anna Sun was a massive hit and received some awards as well. The song was heavily played on many radio stations and they became famous in the music industry.

Petricca along with the band continued to impress their fans with their melodious songs. They released their new album, Talking is Hard on October 29, 2014.

Before releasing the album, they first released a single called “Shut Up and Dance” and the song massively hit all over the world breaking several records.

Walk the Moon frontman has maintained a pretty decent bank balance from his career earnings. He has a whopping net worth of $6 million dollars.

He is the lead singer and founder of the band, Walk the Moon. The band's name comes from the song "Walking on the Moon" by The Police. Their independent debut studio album I Want! I Want! was released in 2010.

Walk the Moon's third album Talking Is Hard was released in 2014 and reached #14 on the Billboard 200 chart. Their best-known single is "Shut Up and Dance" which was certified Platinum and reached #1 on the US Alternative and US Rock charts. The single reached #4 in the US, Canada, Ireland, and the UK and #3 in Australia.

Besides, album sales, they also earn from ticket sales, sponsorship, commercials, and merch.

Also Read, How Much Is The Net Worth Of Colombian Singer Maluma? Details Of His Income Sources And Assets

Personal Life And Relationship: Came Out As Bisexual In 2020

Petricca has always been coy when it comes to relationships and partners. He has always chosen to remain silent until June 2020, when on the last day of Pride month, he came as a bisexual.

The "Shut Up and Dance" singer revealed his sexuality via Instagram where he said:

He further talked about his full support to all his fans who are also struggling with their own sexuality:

Here is the full video where the singer shared his heartful thoughts about sexuality, identity, acceptance, love, and more.

Taking about his current relationship status, he is assumed to be single. Prior, he was linked to actor Sara Montez.