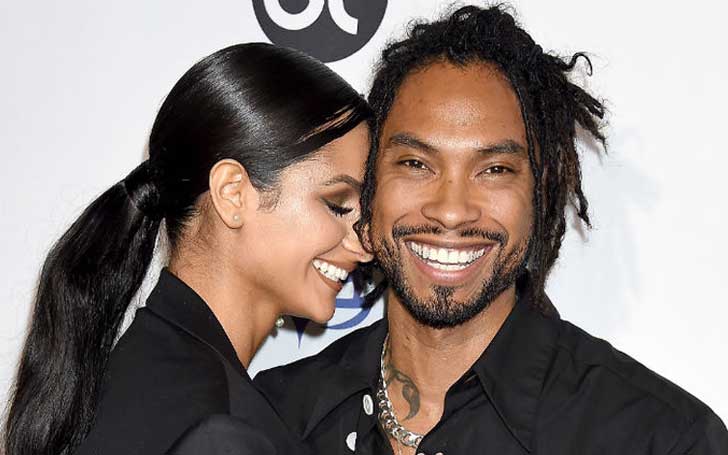 Singer Miguel is over the moon!

Miguel, the Remember Me singer and his longtime girlfriend Nazanin Mandi got married. According to the Vogue, the lovebirds exchanged the vows at an outdoor ceremony at Hummingbird Nest Ranch Los Angeles.

The 33-year-old California native singer took to his Instagram on Tuesday, November 27, to announce his Sunday, November 25 wedding. He shared his wedding photos revealing his wedding date in the caption. His caption read:

11.24.18. Pimentel life moments! New levels and unforgettable memories shared with our closest friends and family. So much love and gratitude for everyone that made our special day truly unforgettable. We love you all. You can see more photos @voguemagazine put a link in my story !!

The newlywed couple first met while they both were 18. Back then, she was interviewing him for a behind-the-scenes DVD he was putting out to promote his first music video. Mandi gushed about her first meet with her husband with Vogue where she said,

I asked him a question that wasn't on my Q&A, which was: 'All the ladies want to know, do you have a girlfriend?' And he smiled and said, 'No, but I'm looking for one.' We exchanged numbers, and he called me the next day to ask me out on a date ...and ever since then, it's been one hell of a ride!

The pair got engaged in January 2016, after over a decade of a relationship. Miguel popped the question to the model, Mandi in the Dominican Republic. A source close to the couple said of the proposal that it was "very heartfelt and done perfectly." 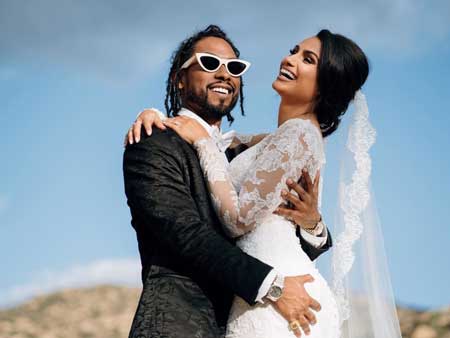 As per the source, Miguel and Nazanin got their marriage license on November 19 at the Los Angeles County Registrar-Recorder/County Clerk.

Congratulations to the newlyweds!