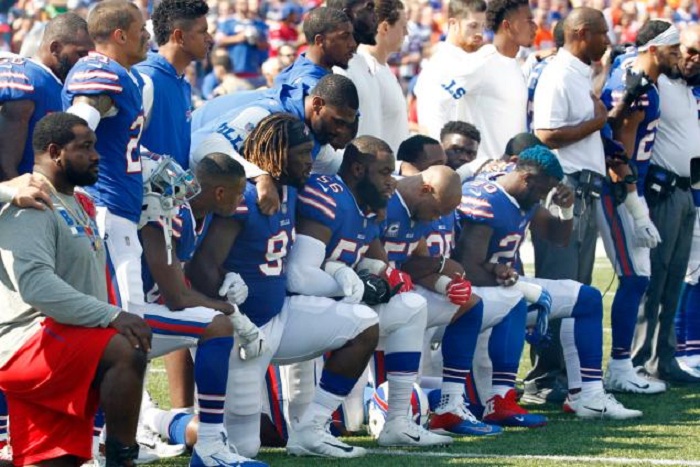 Most of the NFL players locked their arms and went on knees before their games on expressing their protest against President Donald Trump’s racist comment.

Plenty of players including Baltimore Ravens’ Terrel Suggs, Buccaneers’ Mike Evans, and former 49ers’ quarterback Colin Kaepernick pioneered the anthem protests last year over what he was said was a social and racial injustice. 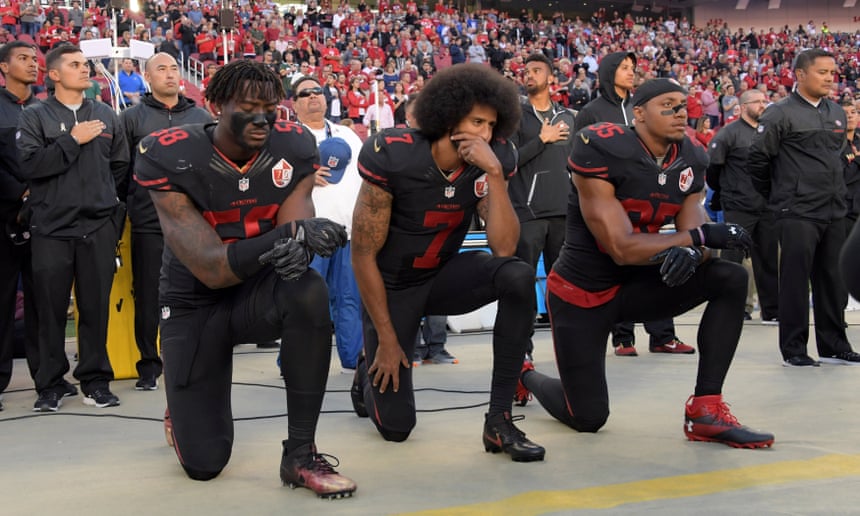 NFL players on knees during national anthem before match

President Trump has insisted that a wave of protests by the NFL players had ‘’nothing to do with race’’.

The protest came hours after Trump called for a boycott of the National Football League as he vented his fury on Twitter throughout the day.

Also Read: Colin Kaepernick Unemployed Even with NFL Season Ahead, Details About His Net Worth, Salary, Career, and House

Two dozen players from Baltimore Ravens and Jacksonville Jaguars went down on bended knee as the national anthem was played while others including the Jaguars owner Shad Khan stood and locked arms. President Donald Trump, in the midst of his eighty-minute long speech on Friday evening, turned his attention to N.F.L. players including the former San Francisco 49ers quarterback Colin Kaepernick and there he asked the white crowd if ‘’people like yourselves’’ did agree with his anger at ‘’those people’’.

Wouldn’t you love to see one of these N.F.L. owners, when somebody disrespects our flag, to say, ‘Get that son of a bitch off the field right now, out, he’s fired!

It is one of the biggest protests took place in NFL history- where almost all the lineup of the Oakland Raiders san on their bench ahead of their game with the Washington Redskins.