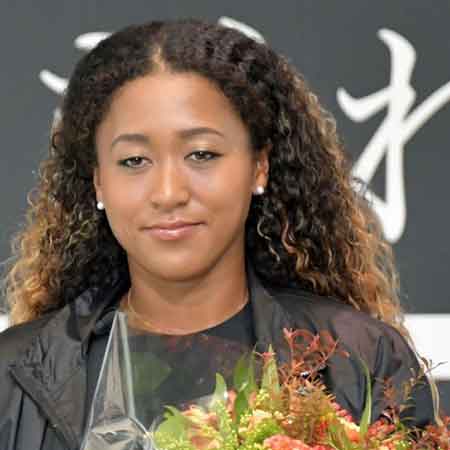 Naomi Osaka is a Japanese tennis player who has amazed the world with her talent and maturity at a tender age. The young tennis star has achieved a lot in her short career as well as she has already achieved a notable rank in the Women's Tennis.

Naomi Osaka was born on October 16, 1997, in Ch??-Ku, Osaka, Japan.  She is the daughter of Tamaki Osaka and Leonard “San” François. As of 2018, she is 21 years old. Osaka and her sister, Mari Osaka grew up in Japan who took their mother's maiden name for ease instead of their father's. Osaka belongs to the mixed ethnicity as her father is of Haitian descent and her mother is of Japanese. She holds both American and Japanese nationality and she belongs to the mixed ethnicity.

She moved to the U.S.A at the age of 3 to live with her grandmother and later studied at Elmont Terrace Primary and Broward Virtual High School. Osaka was interested in tennis from her childhood where the American tennis player Serena Williams was her role model.

Naomi Osaka's father registered her in a Japnese Tennis Association. She started playing professional tennis in September 2013 when she was just 15. With her exceptional talent, she skipped the junior circuit while she was halfway through it and she jumped to ITF Women's Circuit.

?We love stamps in this household.

Osaka played her first qualifying match in October 2011 on her 14th birthday. She rose through the levels at a short time and was named the Newcomer of the Year in 2016. In 2017, she made her place at the Top 70 of the WTA world rankings while in 2018, she took a huge leap to the 4th position. As of December 2018, she stands at the 5th position; where Simona Halep, Angelique Kerber, Caroline Wozniacki, Elina Svitolina are above her in the ranking. She has also been regarded as the next Serena Williams.

In March 2018, Osaka won the Indian Wells Open with her new coach. She managed to reach the third round at both the French Open and Wimbledon. She has also partnered with Nissan to make the Nissan GT-R specially sanctioned by her. Her career rose to peak after she won the US Open 2018. Osaka beat her idol Serena Williams in the US Open Finals. She confirmed her place at the finals by beating L. Tsurenko in the semi-finals.

Osaka is a rising tennis star. We frequently hear women players are not as popular as men, however, Osaka seems to be falsifying these ideologies. Many sports analysts predict that she might even surpa s s tennis players like Rafael Nadal and Novak Djokovic.  As of 2018, Osaka has an estimated $8 million net worth. According to the sources, her annual salary is speculated to be around $2 Million.  Her net worth has seen a 48% increment over the course of the last few years.

CAPTION: Shot of Naomi during a game. SOURCE: Business Insider

She owns two luxury cars, a Mini Cooper Clubman JCW and an Audi Q7 that cost $100,000 combined and her house, located in Boca Raton, Florida is worth a whopping $960,000. According to the sources, she signed an $8.5M contract with Adidas in September 2018.

As she is only 21 years old we expect her to win lots of competitions and earn a lot of money.  She is considered as the rising Japanese athlete and is already compared with the Japanese legend athletes like Eiji Kawashima and Shinji Okazaki.

Osaka is not married as well as not dating any man yet. Osaka has utilized all of her time and energy in her game like all the legendary sportspersons. She has been playing at a high level for quite some time and this is due to her total dedication to her game.