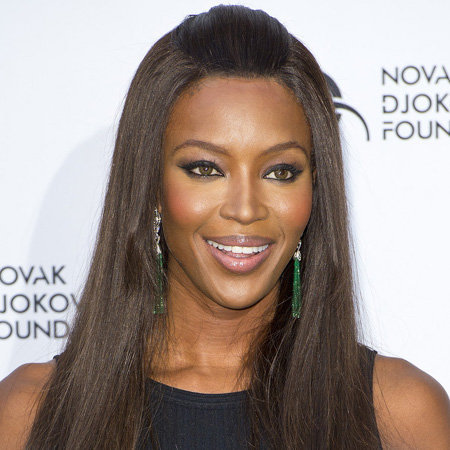 Naomi Campbell is an English model, actress, singer and an author. She is a multi-talented and a very versatile personality. She stepped into the world of modeling at the age of 15. She has established herself as one of the top three most recognized and in-demand models of late 1980s and 1990s. Besides, she was one of the six models in her generation who was declared as the “supermodels” by the fashion industry. She still is one of the recognized models.

A multi-talented personality is yet to be married and neither has any child. But she has been in a relationship with several popular artists.

Naomi Campbell was born Naomi Elaine Campbell on 22 May 1970 in Streatham, London, England to a Jamaican-born dancer mother Valerie Morris. She has never met her father because of her mother’s wish as her father had abandoned her mother when she was 4 months pregnant. She took the surname of her stepfather.

Campbell belongs to African-Jamaican and Chinese Jamaican descent. She went to Barbara Speake Stage School and the attended the Italia Conti Academy of Theatre Arts where she studied ballet.

Campbell also walked on the runway for several of the top designers like Gianni Versace, Azzedine Alaia ad Isaac Mizrahi. By late 80s, she was among the top three most recognized models of the era, Christy Turlington and Linda Evangelista. 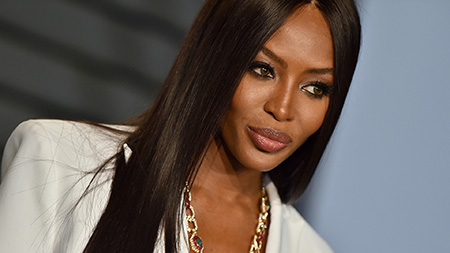 After the end of supermodel era which was announced by Tie magazine, Campbell mostly retired herself from the runway but became engaged in print modeling. She still walks in the runway for the several popular brands and still on demand. She has also released 16 fragrances for women under the Procter & Gamble brand. Campbell has still the same grace and enigma as in her youth.

Campbell has also been active in charity and fundraising programs for the charity works. She has won several awards for her contribution to a number of charitable projects. Besides coming in news for her noble deeds, she also came in the news of controversies and scandals. She was accused ten times of committing acts of violence against her employees, associated and in one case with a police officer as well.

Campbell also came in the scandal of blood diamond. Also, she used to come in rumors and gossips regarding her affairs.

Naomi Campbell's Net Worth And Salary

Naomi Campbell has earned a decent amount of money from her multiple professions like modeling as well as acting. As per celebrity net worth, she has an estimated net worth of around $60 million and according to The Richest, her net worth is around $45 million, as of 2018. And in the year 2013, her annual salary was around $49 million.

In 1994, a renowned model released her instant hit album under the title Baby Woman which sold more than one million copies and collected a hefty amount of money $1,200,000. It is also reporting that the actress is looking for a $17.99 million penthouse in New York City.  The 3,740 square feet mansion has five-bedroom and 5½-bathroom.

In the year 2002, Campbell made an appearance in a British comedy movie Ali G Indahouse which was turned out to be box office success as it grossed more than $25 million on a budget of just $5 million.

Naomi Campbell is not married yet nor has any children. She is currently single but looking into the history of her past affairs, there is a long queue of her partners. She was in relationship with actor Robert De Niro, actor Sylvester Stallone, Rafael Amargo, famous boxing player Mike Tyson, Adam Clayton, Joaquin Cortes, Leonardo DiCaprio, Flavio Briatore, Enrique Palacios, Sean Combs, Luca Orlandi, Matteo Marzotto, Tommy Lee, Usher Raymond, Badr Jafar, Marcus Elias, Vladislav Doronin, and Kola Aluko.

As of now, Campbell is reportedly dating her alleged boyfriend Maltese multimillionaire, Louis C. Camilleri. Despite her innumerable relationships, she has never converted one of them as her husband.

Former South African president Nelson Mandela referred to her as his "honorary granddaughter". She also involves in a number of Nelson Mandela's charitable programs.

Overcoming poverty is not a task of charity; it is an act of justice. Like slavery and apartheid, poverty is not natural. It is man-made and it can be overcome and eradicated by the actions of human beings. Sometimes it falls on a generation to be great. You can be that great generation. Let your greatness blossom.” PRESIDENT NELSON MANDELA HAPPY 100th BIRTHDAY TATA , THIS IS THE YEAR OF MANDELA ! . AS WE STILL STRIVE FOR EQUALITY ,JUSTICE , PEACE . I WILL FOREVER BE BLESSED FOR THE 20 YEARS OF YOUR UNCONDITIONAL LOVE , WISDOM AND GUIDANCE . I LOVE YOU ALWAYS. #NM100 #NELSONMANDELADAY #MADIBA #BETHEGENERATION by @herbritts #my personal archive

Besides these names, her name was associated and rumored with several other celebrities. Due to the unstable love affairs and going through the tragedies, she became addicted to cocaine and drugs. She has been sent to rehab five times.

Naomi is seen not only in the ramp but she can be seen in the movies, documentaries, music videos as well as television series. She is also quite popular on social media like Instagram and Facebook.

Also known as Black Panther, Naomi Campbell stands a very beautiful height of 5 feet and 9 inches. She has the perfect figure and has been able to maintain the posture of her body figure. She has a scar on her nose.