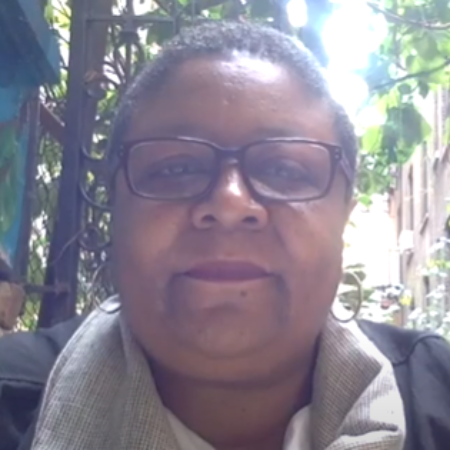 Myra Lucretia Taylor is an American-born actress well known for her film credits, including Unfaithful, Changing Lanes, The Big Sick, as well as TV series like Hunters and Deadline. However, her most memorable roles was in the television series Law & Order, where she appeared in more than one character. Similarly, she was also one of the casts in the show Atlanta from 2016-2018.

Myra Lucretia Taylor was born on July 9, 1960, in Fort Motte, South Carolina, the United States. As of writing this article, she is 60 years old. Her zodiac sign is Cancer.

She is American in terms of nationality and belongs to the Afro-American ethnicity. The other early life information, including her education, parents, and siblings, is currently under wraps.

Myra Lucretia Taylor made his television debut in the TV series All My Children in 1994. The following year, she appeared in the television series New York News.

In 1996, she acted in the feature film Everyone Says I Love You. Her other early films and television series are Better Living, Music of the Heart, Third Watch, and Deadline.

She acted as Lillie Sands / Donna / Jane Monroe / Jocelyn Weston in the hit crime-drama television series Law & Order from 1994-2005. She starred in the film The Private Lives of Pippa Lee in 2009.

Some of her other films and TV series include She's Lost Control, Catfight, Girls, and Elementary. In 2017, she was cast in the film The Big Sick.

She landed the roles in the feature film Swallow and See You Yesterday in 2019. She appeared as Viola Morris in the television series Hunters and Judge Rivera in the miniseries Defending Jacob.

Apart from her television and film appearances, Taylor has also been seen on Broadway in Nine (Tony Award Best Revival), Macbeth, Electra, Chronicle of a Death Foretold, MuleBone, and A Streetcar Named Desire.

How Much Is Her Estimated Net Worth?

The 60-year-old actress has amassed a decent sum of wealth from her acting career. Though her exact net worth has not been disclosed yet, she is assumed to have a net worth of $500 thousand as of June 2021.

She was cast in the 2002 drama-thriller film Unfaithful, which racked up over $119 million at the box office against the budget of $50 million.

Personal Life: Is She Married Or Dating?

Unfaithful actress Myra Lucretia Taylor has kept her personal details away from the media outlets and has maintained a low-key lifestyle. Therefore, it is unknown whether she is married, dating, or leading a single life.

In addition, unlike other celebrities, she doesn't use any social media. So it makes us more difficult to pin down her relationship status.